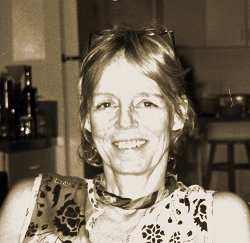 After studying art and painting for years, Rosaire Appel took up writing. She was intrigued by the idea of applying the techniques of painting to fiction. She has had some short work published in small magazines and has shown her photographs in group shows in New York and in a one-person show on Long Island.

Mabel in her Twenties

Rosaire Appel has written a dazzlingly original novel of manners, mores, and the drive for love, with the mystified Mabel in her turbulent twenties at the center. Compelling, startling, the insights that propel and rationalize behavior all but tumble off the pages. Readers can only delight in the invisible intelligence continually bubbling beneath this brilliantly conceived innovative narrative. 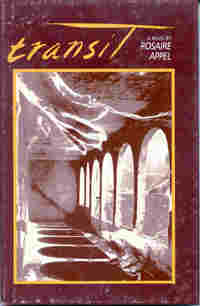 In transiT, the reader is cast in the role of a stranger caught in a moldering, inconsequential city, a stranger thrown in among strangers. Chance encounters and haphazard eavesdropping present the local conditions. The climate is steamy and oppressive. The plumbing is bad. The population is threatened by disease and torpor. Private emotions pushed to the edge erupt in public spaces. In the café, a pivotal space, a young man toys with a glass. He sets it closer to the edge of the table — will he push it over? The floor is tile; the sound would be brilliant. A man who is ill forces himself to trudge to the top of a hill for a view. Such are some of the incidents in transiT — only partially witnessed, and often from more than one perspective.

These incidents are repeatedly intruded upon by ambient speech: fragments of conversation, reveries, obsessions, fits of passion, and voices reading aloud from an outdated book on survival in the tropics — which includes advice on how to tread servant, sickroom manners, the preservation of kid gloves. In transiT, language is used subtractively; accumulation does not ensure understanding.

At one point a statue is bombed. But the reader, as stranger, knows neither the history nor the politics of the place and cannot know what to make of it. This brings into focus our helplessness in the face of exclusion. transiT excludes in the manner of a nightmare that has its own interior logic, but can be neither resolved nor completely understood.

Mabel in her Twenties 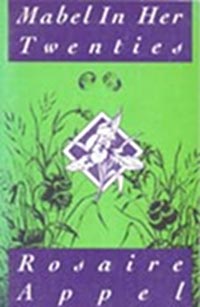 Rosaire Appel’s Mabel in Her Twenties is a work of delicacy, whimsy, and pathos reminiscent of Gertrude Stein. Punctuated by odd, melancholy photographs of a Victorian interior, Mabel is the story of a peculiar love relationship that concludes in a place as frightening as it is familiar.

In Mabel in Her Twenties, we encounter a young woman moving through a universe of love, friendship, and familial ties. Relationships exist in unfettered flux. For Mabel, the past is as unknowable as the future. Her actions and reactions are impulsive and immediate. The future, for her, merely embodies the unresolved dreams and nightmares of the past, combined with the eccentricities of chance.