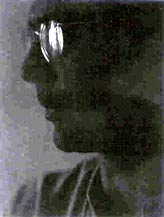 Alain Arias-Misson is the author of two books of visual poetry, The Visio-Verbal Sins of a Literary Saint (published in English by Rara Books, Verona, 1993) and The Public Poem Book (published in English by Factotum Press, Italy, 1979), as well as a novel. His visual poetry has been exhibited in more than hundred museums and galleries around the world and is represented in dozens of anthologies.

The Mind Crime of August Saint

At stake is nothing less than the imagination of both the writer and the reader.

The Mind Crime of August Saint 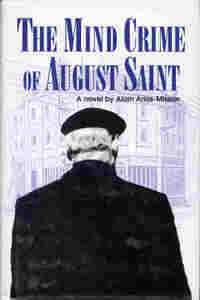 Determined to solve a dual crime — on the one hand an abstract Millennial Conspiracy perpetrated against the conventional “logocentric” mind, on the other a gruesome murder — litterateur-detective August Saint embarks on a most peculiar investigation. Saint wanders through a distinctly familiar European landscape, but simultaneously, inexplicably, finds himself traversing parallel media-spawned realties.

He discovers that movies, comic strips, news articles, biographies, and fiction have each captured a channel on some formerly unimaginable, universal, television-like network. There characters and incidents, while indulging in spatiotemporal experimentation and dodging astrogel intervention from outer space, evolve infinitely and cross media with impunity. In this reconfigured universe Saint mingles with celebrities from movies, television, and literature; courts a beautiful Cuban maiden; and witnesses the twentieth century’s most magnificent and horrific events. His discovery, after these endless and exhausting adventures? The conspirators in the crime are legion. They include a Belgian comic book hero, an agile “bi-locating” friar, an aristocratic Proustian masochist, a sinister clerical familiar, an NYPD Chief of Detectives, a distinguished Italian film director, the Baader-Meinhof gang, assorted literary luminaries, and possible even Dr. Spock. At last, the criminal is captured and brought to trial, and in his features Saint recognizes a very familiar face.

In The Mind Crime of August Saint, Alain Arias-Mission mines the epistemological fault line where the old world of the written word lies uneasily against twentieth-first-century electronic media culture. His latest novel is a fascinating fictive experience of a culture in the process of transformation.

The cumulative effect of this original novel, in which the improbable is put to a tantalizing test, will hit the reader with the force of a supernova. At stake is nothing less than the imagination of both the writer and the reader. The Mind Crime of August Saint is a singular achievement.