Stephen Beachy is the author of Glory Hole (FC2, 2017), as well as the novels boneyard, Distortion, and The Whistling Song and the twin novellas Some Phantom/No Time Flat. He is also the author of Zeke Yoder vs. the Singularity, the first in a series of Amish sci-fi novels. He is the prose editor of the journal Your Impossible Voice, teaches in the MFA Program at the University of San Francisco, and lives in San Diego.

Glory Hole is a capacious, sinuous, complex book that pursues the interlinked stories of characters on the margins of social classes, conventions, and sexual/gender structures in ways that reveal the authentic, everyday fabric of their lives. 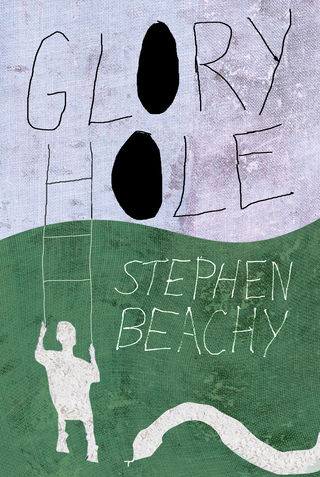 Buy
An enthralling, epic tale of the webs of misinformation that saturate, obscure, and complicate the vagaries of day-to-day life in modern America.

Read an excerpt from Glory Hole in Switchback.

But something is fishy about this author, Huey Beauregard, and so Melvin and his friends Felicia and Philip launch an investigation into the webs of self-serving stories, lies, rumors, and propaganda that have come to constitute our sad, fractured reality.

Vast and ambitious, comic and tragic, the novel also serves as a version of the I Ching, meaning it can be used as an oracle.

Glory Hole is a novel that provides the glories of story with none of its limitations. Offering all the sensemaking forms of narrative without ever coalescing into any one binding tale, it is a gorgeous, shape-shifting trapdoor into the void, the only true home you’ve ever really known.