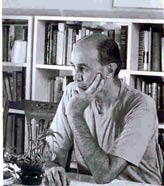 Kenneth Bernard is a playwright and the author of two previous works of fiction, The Maldive Chronicles and Two Stories. His fiction has appeared in dozens of journals and magazines, and he has been awarded a Guggenheim fellowship for fiction, among other awards. For fifteen years he was a principal playwright in John Vaccaro’s Play-House of the Ridiculous, and his work was performed at La mama ETC and Theater for the New City, as well as in Europe, Canada, and Australia. At present he teaches at the Brooklyn Center of Long Island University. Judith Malina’s Living Theater will stage his new play in 1992, and a third volume of his plays will also be published this year.

From the District File

From the District File 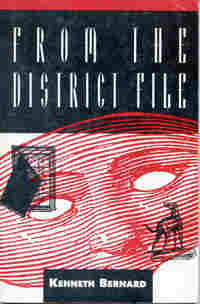 In this haunting narration from a postmillennial urban zero zone, the central character gains hope, strength, and renewed energy from conducting a nearly invisible campaign of microsabotage against a surrounding but amorphous bureaucratic terror. A skeptical new conscript to the burial clubs of the aged, the protagonist performs small but cunning acts of resistance. He recreates whimsical conversations with his son, now co-opted by the same forces that have lately grown aware of him. He inserts mistakes in the club’s reports to the district, thereby defiantly remaking history in small ways. By slow degrees his acts put him in contact with what appears to be an organization of resistance. Then the forces of closure and constriction, quick to snuff out the merest hint of individuality, surround him with violence and images of death. His only recourse, other than capitulation, dissimulation, or death, is flight-but only to a wasteland on the edge of civilization. Living in an abandoned but mysteriously furnished garbage truck, he finds solace in the mongrels that roam the area, broods like a fisher king upon the rubble as winter impends, and plots the “burial” of his narration deep within the district file. From the District File is a finely tuned dramatic novel that re-invents the underground man for the nineties and in so doing gives us a story that is muted but powerful and oddly transcendent.

The stories vary greatly in style and scope … Virtually all make subtle observations about the human comedy … his poetic language, ironic wit and frequently addictive prose will find many appreciative readers.

A confrontation with the inexpressible … a provocative comment on the restrictiveness and pretension of our lives.

Bernard excels in the short fiction.

… one of experimental theater’s most challenging and brilliant playwrights … How We Danced While We Burned lets us see the Holocaust in the form of a cabaret.