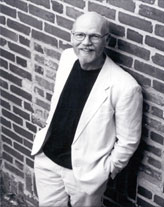 R. M. Berry is author of the novel Leonardo’s Horse, a New York Times Notable Book of 1998, and story collections Plane Geometry and Other Affairs of the Heart and Dictionary of Modern Anguish. His short fiction has been widely published and anthologized and his critical essays have appeared in such journals as Philosophy and Literature and Narrative. He is a graduate of the Iowa Writers Workshop and a native of Atlanta, Georgia. He is currently professor of English at Florida State University, where he teaches courses in 20th-century literature and critical theory. He is also a publisher of FC2.

Plane Geometry and Other Affairs of the Heart (1985)

The stories of Dictionary are so thoughtfully counterpointed that the term “collection” is too weak to describe the book. Each expands its antecedent.… Measuring Dictionary’s philosophical grammars against the conventional realism of most story collections, I can say that Berry’s work represents the next term, an exemplar of its final fiction, “The Function of Art at the Present Time.”

The Review of Contemporary Fiction 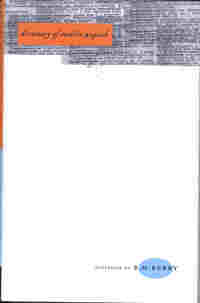 Fourteen enactments of radical undoing by the acclaimed author of Leonardo’s Horse and Plane Geometry and Other Affairs of the Heart. Reviews of unwritten novels, prefaces to fraudulent books, narratives of dictionary entries, and one interminable sentence, all written in a style as strewn with landmines as everyday speech.

In “Samuel Beckett’s Middlemarch,” a scholar undertakes to reconstruct the deceased author’s reputation after the discovery of a thousand page realist novel among Beckett’s posthumous papers. The novel, about an idealistic young Englishwoman in a nineteenth-century village, is heralded by some as Beckett’s broadest parody, decried by others as Beckett’s dementia, but in the imaginary interval between modernity and tradition the scholar locates another Beckett of whom only Middlemarch can make an end.

The spirit of Wittgenstein hovers low over these literary pratfalls where materiality proves the most artificial of abstractions and what goes without saying always leaves somebody up in the air. In “Knott Unbound,” an office worker suspected of murder recalls feeling a pain but can’t otherwise account for his time. That the missing time should be missing from his life seemed, if you thought about it, the merest of accidents, like bad genes or rich parents, and the thought that Knott’s well-being rested on nothing surer, nothing but the likelihood that his every second would follow the preceding with no break, all this struck him as fantastically irrational. How did humans abide it? But the world was a slave to such prejudices.

In these fabrications reminiscent of Stein, Borges, and Sorrentino, Berry unsettles the grounds of narrating. In “Mimesis,” a semi-literate surveyor struggles against metaphysical abandonment in a Florida swamp; in “Torture!” an anthropologist leaves his lifelong study of cruelty mysteriously unwritten; and in “A Theory of Fiction,” a ruined man finds revenge in misrepresenting every injustice he’s ever suffered. Nothing seems the matter. Everything appears to be wrong. From first word to last, these are fictions of impossible everydayness, where the telling of what’s happening proves the unlikeliest feat of all.

The stories of Dictionary are so thoughtfully counterpointed that the term “collection” is too weak to describe the book. Each expands its antecedent.… In the aggregate, the theme that emerges plays off Wittgenstein’s belief that depth in human experience comes from those instances when, to rephrase Dictionary’s epigram, “language goes on holiday.” … Measuring Dictionary’s philosophical grammars against the conventional realism of most story collections, I can say that Berry’s work represents the next term, an exemplar of its final fiction, “The Function of Art at the Present Time.”

The Review of Contemporary Fiction

In his new book of stories, R. M. Berry again shows himself to be a writer’s writer; the erudiction and satirical density of his prose will be familiar to readers of his earlier collection …

Berry, author of the novel Leonardo’s Horse, has a light touch, and his fictions poke fun at the pomposities of academia without succumbing to them.

Berry’s follow-up to the elaborate historical speculation of Leonardo’s Horse is a slimmer but no less incisive volume entitled Dictionary of Modern Anguish … Self-described as “14 enactments of radical undoing,” the book is a collection of widely disparate narratives inspired at least in part by the spirit of Ludwig Wittgenstein, whose Philosophical Investigations is quoted in the book’s epigraph.… As is the case with much of Berry’s work, the tenuousness of language and the unreliability of conventional literary forms figure prominently.

As in his fine collection of stories, Plane Geometry, Berry shows that cold science can be fueled by heated passion, convincingly belying Leonardo’s own oft-quoted statement that “intellectual passion drives out sensuality.” … Unlike its bronze counterpart, Leonardo’s Horse accomplishes the magic of motion while simply sitting still. 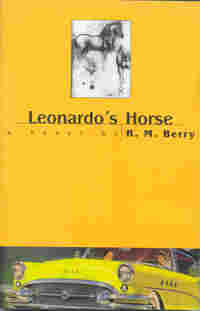 On May 2, 1519, at the Clos Luc in Amboise, Leonardo is dying. He no longer cares about art or science. He wants only to answer a simple question about his life: why did he abandon his colossal equestrian statue in Milan? Meanwhile, R——, a 20th-century historian writing a novel about Leonardo, meditates upon the same question in the midst of an apocalyptic traffic jam, as military helicopters fill the air with tear gas, AIDS demonstrators run amok, and a hospital evacuates its patients onto a nearby sidewalk. Berry’s stupendous novel is a fitting response to the close of a century obsessed with the “end of history.” This book is a big masterpiece of a kind rarely dared in the contemporary novel.

Readers who deify Leonardo da Vinci, view the Renaissance as a time of unparalleled enlightenment, or believe that those tumultuous times offer no glimpses into our own will be challenged by this novel, which is as complex as its protagonist. Leonardo, as viewed by historian-turned-novelist R——, is history’s garage, his work a collection of fascinating but uncompletable projects. Berry presents Leonardo’s story from his deathbed and R——’s from his position stranded on the freeway inside his 1955 Buick while authorities attack AIDS protestors with chemical weapons. Just as Leonardo had finagled various rival aristocrats to bankroll his projects, R—— and his monkey-wrencher “not wife” have created a fraudulent second life on paper to survive in a world seemingly bent on social and environmental destruction. This may sound overly abstruse, but earthiness, vivid characterizations, and dark, ironic humor (like the “Windfall Taxes Chainsaw Massacre”) make this a delightful experience for sophisticated readers. Highly recommended for medium to large public and academic libraries.

Berry’s prose is as active as Leonardo’s imagination, piling clause upon clause and multiplying details as he tracks Leonardo’s memories.… I can’t begin to explain how Berry manages to pull this off, but it’s an indication of the lengths to which he is willing to go to reclaim Leonardo from television commercials, advertising agencies, and overly reverential art monographs.… Berry’s ambitious goal is “plotting a failure, the despair of art, civilization at cross-purposes,” by which he means the last decade of the 15th century as well as the last decade of the 20th century, and in doing so he makes Leonardo’s story our own.

A genuinely aesthetic blockbuster.… Unlike the more prominent meganovelists and more like the leaner, more imaginatively honed writers of innovative fiction (from Brautigan and Barthelme to Federman, Reed, and Katz), Berry makes his fiction live as a self-apparent creation whose very liveliness carries its author’s persuasiveness. There’s no sense of being flattened with an encyclopedia here, or of being browbeaten by some egghead from Mensa. Instead, Leonardo’s Horse flows with the motion da Vinci himself is able to capture only at the end. Berry’s novel has it from the beginning.

So yes, we have here esoteric metafiction whose aim isn’t necessarily to entertain (and the book has its own debate concerning its intentions vis-a-vis the reader), but that blisters your thoughts anyway. A novel about the nature of genius and beauty and posterity and the insatiable search for perfection will do that to you.

Impressive … dizzying … an imaginative integration of the aesthetic possibilities of mathematics and science with those of literature and philosophy.

Plane Geometry and Other Affairs of the Heart 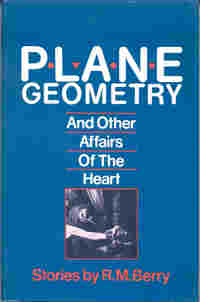 Seven stories of the Earth turned topsy-turvy, of Atlanta in flames, Florida under ice, of Adams, Eves, Pythagorean rock bands and Martin Heidegger’s shortest speech, of rising into love, falling apart, of semihemidemiquavers, dodecahedrons, eigenvalues, quarks, of Milton’s blindness, of sin’s light, here in the Milky Way galaxy where whatever you fear might happen already has. During the great Pensacola blizzard, a geometry teacher solaces his shattered heart building trapezoids from the floorboards of his snow-filled home; on his thirtieth birthday, Harry Sneltzer wakes to discover he’s been metamorphosed into his own dad. An executive turns to terrorism, his wife turns to dust, and a Chicago physicist reassures us that, despite the disequilibrium of space travel, anyone going round in circles long enough will come home young. All these affairs take shape just above the dark plane of seem and be, in the heart’s interstice, within a geometry book as convoluted as desire, where each constellation becomes another, where ends are all beginnings, where everything is up in the air.

Literature has not often done justice to the passion for form in mathematics, physics or music. In Plane Geometry, an excellent first collection of short stories, R. M. Berry attempts to connect the passions of intellectual form with passionate feelings like romantic love … Mr. Berry doesn’t overcome gravity, but he does show that heavy abstractions become buoyant when they are treated this lovingly.