George Chambers is the author of The Bonnyclabber, a novel, and 0 Null Set, short stories. He teaches at Bradley University. George Chambers was born in Cambridge, Massachusetts in 1931. After servicing with the Fleet Marine Force — Pacific during the Korean Intervention, Mr. Chambers affiliated himself with several other institutions — Boston University, Colby College, Boston College, the University of Wisconsin, The University of Iowa — and was eventually discharged from them, honorably. Since his certification, Mr. Chambers has taught for the Department of English at several of its branches in the Midwest and in New England.

After his conversion to fiction on October 4, 1968, in Iowa City, Iowa, Mr. Chambers published two books: The Bonnyclabber and Chambersburg. His poetry and stories have appeared in Massachusetts Review, Tri-Quarterly, Fiction International, and many other magazines.

Null Set and Other Stories

… in the tradition of those great rebels against authority, form and system, Rabelais and Sterne … going to be around long after today’s bestseller has evaporated. 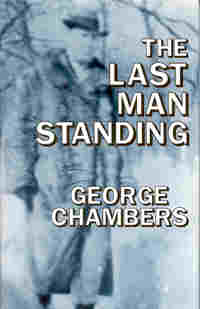 The Last Man Standing has the essential elements of a terrific David Baldacci novel: a tough but tender-hearted hero, dirty dealings in the nation’s bureaucracy, and a roller-coaster plot. Web London, a member of the FBI’s Hostage Rescue Team, froze up on a drug raid and thus became the sole survivor of a remote-controlled ambush that killed six of his compatriots. Now the only witness has disappeared and the inside man on the botched raid has gone underground.

As a pretty psychiatrist puzzles over the corners of Web’s brain that kept him alive, Web himself stays on the move. He’s certain that the ambush is connected to the prison escape of a neofascist leader, Ernest B. Free, whom he helped arrest five years earlier, and a series of new murders leads him to a Virginia horse farm and the driving force behind all the carnage. It may seem as though Baldacci gives away the mastermind too soon, but both the bad guys and the good guys are complex enough that there’s plenty of punch all the way to the last page.

… tough and gory, ripping away at a veneer of realistic trivia.

Null Set and Other Stories 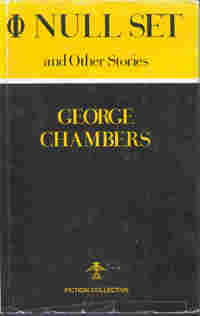 The Dean is about to fire Professor Shakespeare because he lisps. In a tirade of racial and sexual bigotry, an old man defines moral integrity. An immigrant enters an “adult” bookstore and comes out in tears. Starved and hallucinating, a young man finds himself among the rescuers of the Donner Party. A man concerned with his “social survival” uses the wrong plate at a dinner party. Sitting at the right hand of God, a madame defends her trade as Art. A man says the rosary of defeat. An immigrant couple kiss a brick from Ernest Hemingway’s swimming pool. A rape victim testifies to a life without choices. An old peasant goes to town to buy a letter to send his daughter in America. A cake becomes the supreme gesture of affection.

… reduces our everyday banality to a desperate poetry of absurdity.

… work of process, not product; of sustained excitement, not sated satisfaction.

… a dance, a celebration.