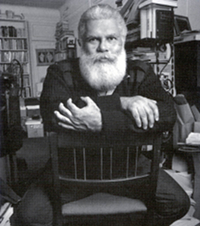 Samuel Delany was born and grew up in New York City’s Harlem. The Lambda Book Report chose Delany as one of the hundred men and women who have most changed our concept of gayness in the last century. A novelist and critic, he is a recipient of the William Whitehead Memorial Award for a lifetime’s contribution to lesbian and gay literature. Delany’s books include Atlantis: Three Tales (Wesleyan University Press), Dhalgren (Vintage Books), as well as the best-selling Times Square Red, Times Square Blue (New York University Press).

Hogg is a truly significant book. It is distasteful, raw, and upsetting; it also treats some of the sexual taboos that Americans do not want addressed in either art or politics. Hogg is an artistic triumph, as well as a political one. 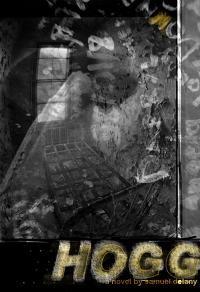 First written in 1969 and completed days before the Stonewall riots in New York, Hogg is one of America’s most famous “unpublishable” novels. It recounts three horrifically violent days in the life of truck driver and rapist-for-hire, Franklin Hargus. Narrated by his young accomplice, the novel portrays a descent into unimaginable depravity, a hell comprised of the filth and brutality civilization exists to forget. What transforms this nightmare into literature is Delany’s refusal, faced with our moral anxieties, to mutilate his appalling creation. Hogg’s monsters wear our faces, possessing the human complexities of intense loyalty, perverse admiration, and an integrity so pure that pity becomes betrayal. No reader can be prepared for such a story. It is a stunning achievement.

There’s no question that Hogg by Samuel R. Delany is a serious book with literary merit.

Everything is in excess here, but nothing is gratuitous, and as the excess slowly bleeds out of a reader’s mind, one is left with the strength of Delany’s writing and thinking. Hogg is an exceptional and unique book; it is extremely difficult, extremely harrowing, but well worth it.

Hogg is a truly experimental novel &hellip a minimalist testing of a single hypothesis. It wants to know to what limits appetite can suffuse consciousness before that consciousness stops being human.

Hogg is a terrifying journey into the body and soul of a man who embodies all the nighmarish excesses of our century, a creature as much a part of the fever-dream of American life in the 90s as Jeffrey Dahmer … (We read) of such monsters as Delany’s Hogg with pity and horror …