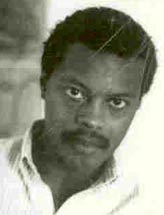 Melvin Dixon is the author of a novel, Read Leaves, Vanishing Rooms, and translated The Collected Poems Of Leopold Sedar Senghor in 1990. He has published Change Of Territory, a collection of poems, as well as numerous short stories and scholarly articles. In addition to being an editor for Callaloo journal, he has been a scholar-in-residence at the Schomburg Center for Research in Black Culture, and is a Professor of English at the City University of New York Graduate School and Queens College.

Melvin Dixon dives down into the stormy deep, carries on his back a family, all their names, even those unspoken because of their power to call into being. They return, restored. I am once again reminded never to underestimate the power of story to heal. 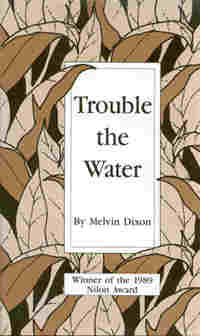 Trouble the Water moves among finely woven layers of time and place as it takes on a new and controversial theme in contemporary black writing, the search for family reconciliation. Twenty years after running away from home in Pee Dee, North Carolina, Jordan Henry believed he had found success, as a young college professor of history, a married man, and a resident of New England, whose colonial past he knew so well. When Jordan finds his career stymied by local prejudices, his world crumbles. Word of his grandmother’s death reaches him, and he returns home to claim the ambiguous legacy of her farmland and face the consequences of his long absence.

Jordan’s estranged father also returns to Pee Dee on a quest of his own restoring his good name in a community which blames him for Chloe Henry’s death in childbirth. Chloe was Jordan’s mother and his grandmother’s only child. Unresolved hostility in the family and in the community breaks out, making Jordan the unsuspecting pawn in a plot of revenge against his father. Jordan may be the only one who can free his family from the past and the equally troubled present.

Trouble the Water gains resonance from its unflinching confrontation with dualities common in the Afro-American experience: reality and myth, folklore and sophistication, North and South, rural and cosmopolitan. While sacrificing none of its complexities for the sake of simplicity, it has the relentless movement of a fairy tale that reaches deep into the unconscious roots of behavior. It is intensely lyrical and dense in realism. Trouble the Water is magical in the way it reveals the Afro-American psyche and symbolizes fundamental truths about American life.

Jordan ‘squeezed the rough crossboards between his legs and took off on a wild, fast gallop’ through this outstanding novel. The wild, wise, authentic voices move as fast as the visual landscapes … The outside, conversations on a porch, memories of old friends, humor and passion, a liquid ‘more nourishing than blood’ come inside and settle with the reader. This is a novel that holds a wild time in a good place.

Trouble the Water is a triumph of complexity contained in a simple story.

The history of this continent can be understood as pools of blood, buried in collective memory, in this particular instance in the rich red sands of the South. Melvin Dixon dives down into the stormy deep, carries on his back a family, all their names, even those unspoken because of their power to call into being. They return, restored. I am once again reminded never to underestimate the power of story to heal.