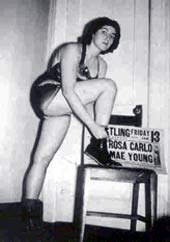 Rosalyn Drexler, a painter, playwright, and novelist, has been on the scene in several arts for many years. She is well known in Soho art galleries, infamous off-Broadway, and highly regarded as a fiction writer.

Art Does (Not!) Exist

Rosalyn Drexler continues to write some of the most intelligent, powerful, and winsome fiction being written today.

Art Does (Not!) Exist 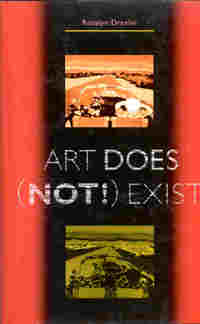 Art Does (Not!) Exist is lively, inventive, and artfully wicked. In the world according to video artist Julia Maraini, life is in need of tracking control. Personas warp and twist in a perverse parody of modern life that is, nonetheless, exactly the thing itself. As the protagonist prepares a video for an important grant application, she discovers that the video has been tampered with, and a snuff film of her controversial star (a wealthy Brazilian) added. Does she turn it in? Does she receive an NEA grant? How much hipper can hip be than Art Does (Not!) Exist?

Art Does (Not!) Exist is about Julia Maraini, an artist in her early twenties involved in video and other new genres, who is down on her luck: her mad scientist husband is gone but threatens to return, and her apartment on the lower East side close to Soho burns down under suspicious circumstances. Through it all she works at completing her art projects hoping to receive an NEA grant for one of them, or at least an invitation to be included in the prestigious Whitney Biennial. One of her projects is an interview with two skeletons purported to be Nag and Nell, the parents of Hamm, a character in Samuel Beckett’s Endgame. Her competitors are a Brazilian steel magnate who writes her sexy letters and appears by two mysterious characters, a famous British feminist who is in the States to promote her first novel, and a pair of near-sighted detectives disguised in Hawiian shirts. At one point her estranged husband, his mother, and step-father appear on the Geraldo Show where all hell breaks loose. This is a book about the way an artist thinks: it examines what’s at stake in today’s art world and dares to ask the question what is art anyway?, a question that has been pondered ever since someone handed a loaded paintbrush to a chimp and aimed her at a canvas. Written with tongue-in-one-cheek-and-tofu-in-the-other, Art Does (Not!) Exist is both funny and nourishing.

Her mastery of tone, the brilliance with which she sustains the dream consciousness — the simple, clear, bone-hard use of language which implies a world of despair — is something really gorgeous and very difficult. The energy! Since her first book, I Am the Beautiful Stranger, I have always felt that Miss Drexler has something very important to say. Her gift is in probing the very American netherworld between sanity and incipient madness; the interiorization of the mind as modern life spins out of control and we are powerless to affect it.

Rosalyn Drexler continues to write some of the most intelligent, powerful, and winsome fiction being written today. She has written eight brilliant novels, and will go on writing brilliant novels. Recognition of her work is long overdue. I can’t think of a writer more worthy of support: her fiction is infinitely valuable (I thought Bad Guy was a masterpiece), and she is committed to a lifetime struggle for excellence.