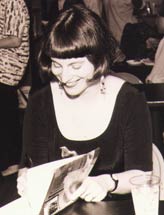 Novelist, short story writer, and essayist Janice Eidus has twice won the O. Henry Prize for her short stories, as well as a Redbook Prize, a Pushcart Prize, a National Writers Voice Residency Award, and a grant from the Barbara Deming Memorial Fund. She is the author of four highly acclaimed books, the story collections The Celibacy Club and Vito Loves Geraldine and the novels Urban Bliss and Faithful Rebecca. She’s co-editor of It’s Only Rock And Roll: An Anthology of Rock And Roll Short Stories. Her new novel, The War Of The Rosens, forthcoming in 2006, is about an eccentric Jewish family in the Bronx.

Janice grew up in an iconoclastic Bronx family, and she writes frequently about issues of Jewish identity (sometimes with humor, always with affection). Her work appears in such anthologies as The Oxford Book of Jewish Stories and Neurotica: Jewish Writers On Sex, as well as in the magazines The Forward and Tikkun. She has been invited to read and speak at such venues as The Jewish Museum, The Eldridge Street Synagogue, and Hebrew Union College.

Janice is on the Writing Faculty of the Low-Residency MFA in Creative Writing at Carlow University. She also offers individual writing tutorials, and teaches at numerous writers conferences and festivals throughout the United States, Europe, and Latin America. She lives in New York City and San Miguel de Allende, Mexico.

Janice Eidus’ uncanny fiction rings with broad humor, intelligence, and heart. Also — what is rarest these days — it is truly idiosyncratic. I can’t think of another writer who takes so many risks, and gets so much out of them. She is an original. 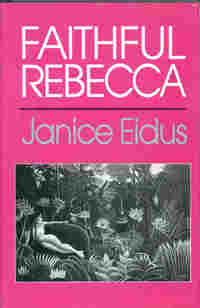 Faithful Rebecca will not easily be forgotten. In this wildly erotic, magical and comic novel of fast-paced suspense, Rebecca, a modern day Scarlett O’Hara from New York City, embarks on an impassioned search for hr infant daughter, Lily, and Lily’s kidnapper. Her quest leads to a mountaintop community of women emulating mythical Amazon warriors where Rebecca is reunited with both Lily, being raised as an Amazon, and Sagana, formerly Rebecca’s devoted best friend and now the passionate, fierce, and beautiful Amazon queen. She also meets the equally memorable Howard Geller, a wisecracking, romantic, runaway teenager living on the fringe of the community. After a mysterious mountain, these characters’ stories merge in an exciting climax on Manhattan’s lower east side. This many-leveled contemporary fable incorporates such motifs as personal ads and female bodybuilding, while asking difficult questions about women’s roles as friends, lovers, mothers, and daughters.

This is a wonderful novel, filled with humor, mysticism and wit. Janice Eidus takes us on an extraordinary trip into her specialized universe, and I can’t imagine a reader who wouldn’t be a willing traveler. Faithful Rebecca is a delight.

Janice Eidus’ fiction puts a fine comic spin on her material. Her young women, and their men, inhabit a downward-mobile urban reality that pleasingly verges upon the fantastic, and now and then crosses that verge.

Janice Eidus presents herself as one who understands, sympathizes, can even smile a little, though always without malice … One may, as a reader, respond to the immediacy and involvement of … Janice Eidus.

Eidus introduces surreal elements into her style, combining the real and the fantastic so skillfully it is frequently impossible to know with certainty where one ends and the other begins.