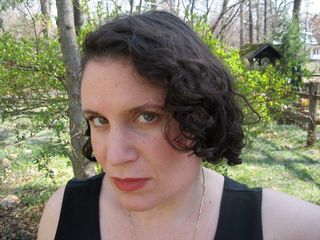 Jennifer Natalya Fink is the author of four critically acclaimed novels, including the Dana Award-winning The Mikvah Queen. She is an associate professor at Georgetown University and founder of The Gorilla Press, a nonprofit promoting youth literacy through bookmaking.

No one anywhere on the planet can arrange language, history, memory, and the bodies of women in more intense and intimate orchestration than Jennifer Natalya Fink does in Bhopal Dance. 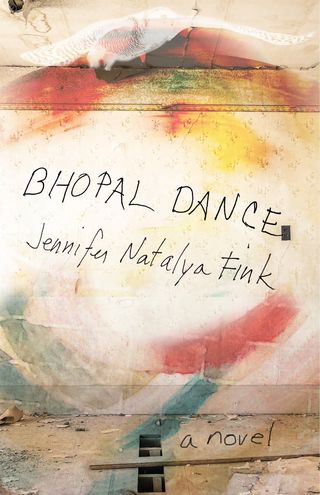 On the night of December 2, as 1984 drew to its Reaganomic close, an explosion at an American-owned factory in Bhopal, India, released untold amounts of toxic gas on uncounted numbers of people, creating a human and environmental disaster of insurmountable proportions. Known as the Bhopal disaster, it once dominated international headlines, and is now barely remembered.

Yet Bhopal remains emblematic of all the many quickly forgotten disasters that followed, and of the permanent state of globalized disaster in which we now dwell. What does it mean when corporations instead of states control not only the means to create environmental disasters, but also the tools to bury them? How does one revolt against these unelected entities? How do our most private desires get shaped by this stateless horror? Jennifer Natalya Fink’s Bhopal Dance is an epic and epochal tale of such a horror and its buried consequences.

At the center of the novel is Cordelia, an owlish woman with a ménage of lovers, who leads a revolutionary Canadian political movement catalyzed by the Bhopal disaster, only to end up imprisoned with only a toilet to talk to. Who she hallucinates is her father. Who is her father. Who is the State. Who may be her mother. Or her twin/lover. Cordelia is a remarkable bird in her own right, and “owlishness” is a feathery conceit deployed in both the book’s form and content, a way of exploring queer possibilities for altering the terms of one’s imprisonment. For setting corporatized corporeality alight. Ablaze. Pets and punk rock, dentists and dyslexia, Shakespeare and salsa: they all dance together here.

No one anywhere on the planet can arrange language, history, memory, and the bodies of women in more intense and intimate orchestration than Jennifer Natalya Fink does in Bhopal Dance. Between desire and cultural inscription arise bodies that refuse to be bound by the rules and laws set out for them. Let the novel be undone by bodysong and language meat.

Lidia Yuknavitch, author of The Book of Joan

This new novel continues Jennifer Natalya Fink’s raucous narrative style, a style both ecstatic and cutting. She and about five to nine other Bad White Girls have evolved a literary method of attack on Americans (like themselves, double irony) who can’t quite shuck the dream of something good that will cure their shock at being here. They try revolution and it backfires and lands them in jail, where freedom gurgles in the mouth of a toilet bowl. This book takes the conundrum to an explosive level. The pages burn with sex and toxic car-time, Union Carbide and ruined Bhopal. No reconciliations offered.

Fanny Howe, author of The Needles’ Eye: Passing through Youth

Youth, bad romance, intellectual idealism, and the very big question of how to respond to the bigger nightmares we face on earth — Jennifer Natalya Fink gets deep into the muck of it, with sly humor and fierce intelligence, a conscience, a soul, and a gift for exploding what we think it is to tell a story.