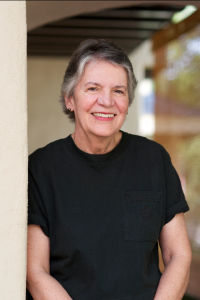 Diane Glancy is Professor Emerita at Macalester College. She was the 2012–2014 Visiting Professor at Azusa Pacific University. Her recent publications include Fort Marion Prisoners and the Trauma of Native Education (creative nonfiction, University of Nebraska Press), Report to the Department of the Interior (poetry, University of New Mexico Press), and three novels from Wipf & Stock: Uprising of Goats, One Of Us, and Ironic Witness.

Diane Glancy writes with poetic knowledge of Native Americans whose consciousness is made up of old tribal memories and modern alienation.… With musical langue, Diane Glancy teaches us to hear ancient American refrains amidst familiar American sounds 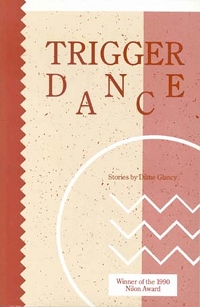 1990 Winner of the Mildren P. Nilon Award for Minority Fiction

In Trigger Dance, her first collection of stories, Diane Glancy takes us to uneasy places where both the environment and the characters are at risk, where even the animals grieve. Sometimes the author’s voice, sometimes the voices of the characters, tell us about their migrations, symbolic or literal. Diane Glancy’s characters walk in two worlds and try to build a middle ground between white and native cultures. They are the offspring of those who survived the Trail of Tears. Some of the young men dance at powwows in tune with the dead. Filo and Parnetta buy a fridge at the Hardware Store on Muskogee Street, in Tahleqah, Oklahoma. Farther west, near Chickasha, Keyo can’t read, while Joseph Sink, an Indian hermit, learns a word a day. Anna America remembers her shortcomings as a mother and her hard life as she waits in the Northeastern Cherokee County Shelter for her wings to unfold so she can leave this earth. In the title story, Roan mourns the fact that human beings have the power to destroy the earth. He’s astonished that creation and cremation could be so closely linked. Even his father, when he feels death approach, demands to be cremated because “it’s autumn in outer space.” Roan’s final vision in the sweat lodge is of the air red as leaves. He admonishes his people to be strong and responsible, to acknowledge that life is a sizeable endeavor.

Diane Glancy writes with poetic knowledge of Native Americans whose consciousness is made up of old tribal memories and modern alienation. The characters of Trigger Dance do an intricate dance that forms wonderful new story patterns. With musical langue, Diane Glancy teaches us to hear ancient American refrains amidst familiar American sounds. A beautiful book.

This affecting collection of short fiction explores the lives of Native Americans as they try to breach the gap between two worlds. “Aunt Panetta’s Electric Blisters” encapsulates the history of white and Indian interaction in a broken refrigerator and its replacement. In the beautifully wrought and powerfully moving title story, the men discuss the future of this world and the next, while the women piece these images into fanciful patchwork quilts. It culminates with the death of the grandfather and the sweat lodge the family shares after his passing. Highly recommended for Native American, women’s studies, and larger short story collections.