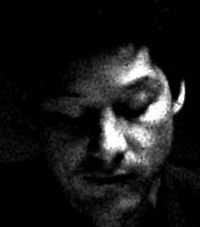 Short fiction written by Christopher Grimes has been published in journals as diverse as the Western Humanities Review, You Are Here: The Journal of Creative Geography, Reed Magazine, Cream City Review, First Intensity, and the hyper-textual/paper book publisher Emergency Press. He is recipient of a Mark Twain Award for short fiction and several Pushcart nominations. He currently teaches creative writing at University of Louisiana, Lafayette.

A brilliant pastiche, a generous feast of imagination and language, a wild, word-drenched ride, Public Works heralds a fabulous new voice in fiction. Christopher Grimes is a wonder. 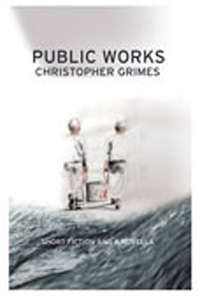 The short fictions collected in Public Works explore the extremes of human nature and literary technique. From the manic, single-sentence fiction “Public Sentence” to the carefully structured and plot-twisting “We Stand Here, Swinging Cats,” Grimes’ stories have an idiosyncratic and associative quality — nothing follows predictably from anything, and beginnings never foreshadow ends. While reading, one has the sense that, despite recognizable voices and themes, this imagination seems alien, as though divvying up and parceling out the world by its own rules. In “Glue Trap,” a one-legged shopkeeper offers expert instruction in the art of one-on-one combat with a rat. In “Making Love: a Translation,” the stream of consciousness creates a fiction as simple as Hemingway, as wistful and dissociative as Julio Cortazar. Ultimately, Grimes’ stories question the grids and schemas we impose on “reality.” His is a formal defiance of the tyranny of traditional narrative, expressed with a thematic daring that moves between the contemplation of ordinary buckets and high art.

The stories in Public Works have as much honesty and pathos as they do wry perceptions about themselves and the nature of fiction. In their droll and fascinating self-consciousness, not only do these pieces inspect the intimate mechanisms of creating fiction, but also the bizarre (real) world literature inhabits, from lit mag offices and soirees, to readers’ unconscious expectations and needs.