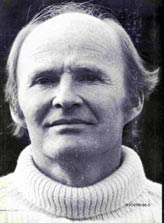 Norman Lavers is the author of a collection of short stories and two books of literary criticism. In addition, in pursuit of his interest in bird-watching, he has published photographs and scientific papers in major ornithological journals. Raised in Berkeley, California, he now lives in Jonesboro, Arkansas and teaches at Arkansas State University. The Northwest Passage is his first novel.

The Northwest Passage: A Novel

How easily we enter that world so wobbling and indecisive, how quickly … the island itself, “We spent 4 Dais beeting doun to it,” comes clear, present, and dangerous.

The Northwest Passage: A Novel 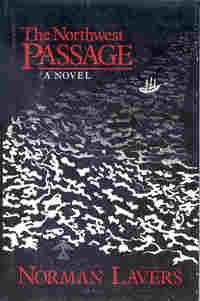 A group of 18th-century English explorers, searching for a Northwest Passage, are trapped in the ice off Cape Barrow. All die of scurvy, trichinosis, starvation, or madness. Late in the 20th century, an unemployed history teacher in the Puget Sound region of Washington State locates the journals of the ship’s naturalist and its doctor, and begins editing them in the hope that the resulting book will help him find a job. There is a runaway nuclear reactor “accident.” When, in the far distant future, the Pacific Northwest has cooled down enough to be reentered, the 18th century journals and the teacher’s edition of them are rediscovered. These new papers are eagerly fallen upon by a scholar who beings to re-edit the 20th century edition. Ultimately, the three centuries converge in language — each with its own grammar, punctuation and spelling — a chorus of distinct voices.

What is the pleasure of the antiqued surface? It does insist, does it not? along with our most avant-garde fictioneers, on the word on the page. Is it that? If so, how easily we enter that world so wobbling and indecisive, how quickly even that insistence (let every man spel for himself!) evaporates and the island itself, “We spent 4 Dais beeting doun to it,” comes clear, present, and dangerous.

George Chambers, author of Null Set and Other Stories