Clarence Major is the prize-winning author of four novels, five collections of poems, a critical study of Black American literature, and a dictionary of Afro-American slang, and editor of an anthology. His works have been translated into German, Italian, French, Spanish, and other languages, and he has been the recipient of grants from the National Council on the Arts, the State Department, the New York Cultural Foundation, and the Hooland Festival in Rotterdam. Major’s poetry won the 1976 Pushcart Prize, and his shorter works appear in over a hundred anthologies and periodicals. Major teaches literature and creative writing and gives readings at universities and colleges around the country.

Clarence Major has a remarkable mind and the talent to match. 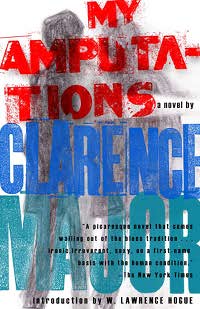 The author of the acclaimed novel Reflex and Bone Structure returns here in My Amputations to the question of identity, the double, adventure, detection, and mystery, but with more hypnotic power and range. In My Amputations he has his protagonist, Mason Ellis (who may just be “a desperate ex-con” or a wronged American novelist out to right the wrong done to him), jump through flaming loops like a trained dog, so to speak. In other words, there seems to be no end to the troubles Mason Ellis faces.

His story takes him from the South Side of Chicago, to New York, with a stint in Attica prison, across America and Europe and into the primal depths of Africa. Mason, all the while, tries to convince the reader that he is the important American writer he says he is. Upon his release from prison he sets out to prove his claim. After an audacious bank-robbery and a couple of burglaries that are hilarious, he goes into hiding to escape the malice of one of his cohorts, and eventually flees to Europe. The irony is that he is now as much the runner as the seeker. After encounters with a Zuni ex-folksinger, kidnappers, the New York underworld, literary groupies, an Italian swordsman, a violent German secret society, and an anti-bellum cotillion in rural Greece, he finds himself face to face (behind a mask) with his own destiny.

My Amputations, Clarence Major’s fifth novel, is an explosively rich book about a man persued by his shadow. Its protagonist is either a desperate ex-con who has become convinced that he is an important American novelist or a desperate American novelist who has become convinced that he — and most of what passes for literary life on the continent — is a con. Clarence Major has split the difference between Ralph Ellison’s Invisible Man and Herman Melville’s The Confidence Man to produce this dark, funny tale about the great American hustle. Partly a picaresque adventure out of Chester Himes, partly an Evelyn Waugh–sharp satire on the writing life, partly a determinedly self-reflexive and modernist fable about identity, My Amputations is distinguished by the extraordinarily inventive rhythms of its language. A book full of laughter and rueful sadness and swift contempt, its deepest resonance is the hunger to be healed.

Since NO and Reflex and Bone Structure, Clarence Major has created characters who double-entendre themselves through the raucous and passionate environs their narrator shared with them. In My Amputations, the struggle to see, to speak, to understand our myriad fragmentations continues, with blues, guts, astounding wit: [it has] the libidinal textures of a fresh oil painting I wish I had commissioned.

This is Clarence Major’s best novel, which means it is very good indeed — an emotionally powerful, inventive act of language that draws together influences from black music, poetry, painting, the blues, and experimental prose to show us the possibilities of literary art. Once again, Major proves he is a pioneer on the cutting edge of contemporary fiction.

Clarence Major’s fiction has always been distinguished by a universe of concern that does not compromise any truth to itself … but most importantly [My Amputations] enacts the process of finding his mature fictional voice. [It] is living fiction, as close to a truly organic text as we are ever likely to see.

[Emergency Exit] takes on what I consider to be the key problem the novel faces today — the illegitimacy of trying to totalize experience. It solves the problems which have threatened the very future of fiction. 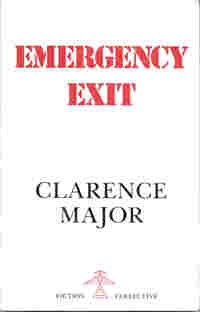 This, Clarance Major’s fourth novel, is about people in a town in Connecticut that has just passed a law requiring all men to carry all women across all thresholds at all times. Even before publication the book gained critical attention.

My knowledge of Major’s writings — the earlier novels, short fiction and poetry — goes back several years and I have great respect for his accomplishments in the past and for this new work of fiction, which I have been able to examine in typescript. Emergency Exit sustains and carries forward the achievements of the other works and will be a very valuable addition to contemporary American literature … I value Emergency Exit for its explorations into both contemporary American life and culture and the rich possibilities of the art of fiction … the new novel advances Major’s long interest in experimentalism and the articulation of a complex vision for prose fiction … with an accompanying artistry and craftsmanship which will only add to his stature as one of the vital and important writers in America today.