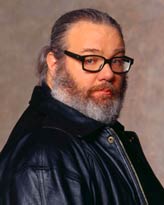 Jay Marvin calls his prose and poetry Punk Noir, and has published in New York Quarterly, The Pittsburgh Quarterly, and Black Ice. His writing can be found on the net. He also hosts a daily talk show in Denver on KHOW, and doesn’t have a brown shirt in his closet. Jay has been married for 21 years to his wife, Mary. According to Jay, without her he would be living on Lower Wacker Drive. 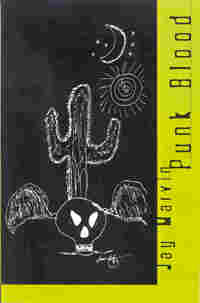 Cohen wonders about an old girlfriend, takes a shower and then kidnaps, strips and murders two college girls in the desert. No event is more significant than any other. To someone who cannot feel, all of life is a passing parade of visual images.

Cohen’s is the awareness of someone constantly watching TV, where shampoo makes your hair shine longer and bombers waste a factory in Sudan.

Cohen gives us a glimpse of the other side, that of the life-long outlaw, whose actions differ from ours, but whose thoughts and feelings may not. Cohen is a self-actualized loser, America’s shadow.

Jay Marvin dips his pen into warm blood and shattered bone and paints his unflinching view of how it is out there. An honest voice in an age of whining, emotionless hacks. He’s a friend and a valuable creative spirit.

One hell of a writer or the hell of a writer? Both. Jay can take you along on breathless rides on the wings of his very peculiar, black and sad songs: hold on and let the rhythm of his prose take you to the very center of his world. Where the anguish of life and death meets with the aesthetical joy only a true author can produce.

Jay Marvin’s words have sand in their teeth and dead neon in their eyes. He knows us; he knows our scarred underbelly. There are no maps for the places in this book — bring a large suitcase and keep your eyes wide open. It’s a hell of a ride.

Bill Schields, author of Rosey the Baby Killer and Other Stories and Human Schrapnel

Marvin writes like a maniac. He hears things that many of us miss. He puts those things on paper where they are exceedingly strange and evocative. His work is never short of stun gun sharp.

Frederick Barthelme, Publisher of The Mississippi Review and author of Bob the Gambler