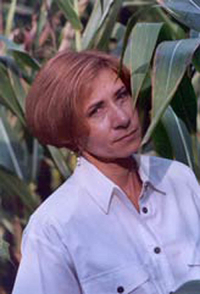 Cris Mazza is the author of a dozen novels and collections of fiction. Her most recent books are the novels Disability and Homeland, and a memoir titled Indigenous / Growing Up Californian. Among her other notable titles are Dog People, Your Name Here:___, plus the critically acclaimed Is It Sexual Harassment Yet? She was also co-editor of Chick-Lit: Postfeminist Fiction, and Chick-Lit 2 (No Chick Vics), anthologies of women’s fiction, and was a recipient of an NEA fellowship. Mazza’s first novel, How to Leave a Country, while still in manuscript won the PEN / Nelson Algren Award for book-length fiction. The judges included Studs Terkel and Grace Paley. Since then, Mazza’s fiction has been reviewed numerous times in The New York Times Book Review, The Wall Street Journal, MS Magazine, Chicago Tribune Books, The Los Angeles Times Book Review, The Voice Literary Supplement, The San Francisco Review of Books, Time Out: London, and many other book review publications. In spring 1996, Mazza was the cover feature in Poets & Writers Magazine, and in December 2004 Poets & Writers published her essay “Chick-Lit and the Perversion of a Genre.” The October 2005 Contemporary Literary Criticism as well as Routledge Press’s Chick Lit: The New Woman’s Fiction (October 2005) feature Mazza’s essay on Chick-Lit.

A native of Southern California, Cris Mazza grew into early adulthood in San Diego County. She now lives 50 miles west of Chicago and is a professor in the Program for Writers at the University of Illinois at Chicago.

Calling this a “slice of” life would diminish it: Disability is as dense, relentless, tender, savage and strange as moment-by-moment life itself, conjured on the page whole. 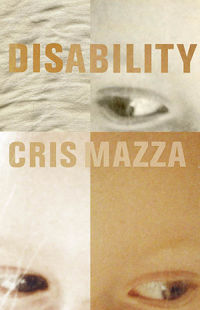 Cris Mazza’s novella Disability punctures deeply into the world of the severely disabled, where nothing is as it should be. Told in a broken shorthand voice, Mazza’s language is acute, evoking a place where the patients, the caregivers, and the system are all disabled.

Teri and Cleo are minimum-wage nurse-aides at a state ward for severely retarded and physically handicapped children. They are expected to feed, bathe, clothe, and carry out the required therapies for their patients in a four-hour shift. They’re working within a system where money for therapy is only continued if therapy shows improvement … and yet the state-paid therapists who oversee the ward know the patients will never show any improvement. To keep the money coming in, it’s up to the minimum-wage caregivers to “see” and chart important improvements, thus keeping the therapy program alive.

Blinded, in their own way, by pet-like adoption of favorite patients, Teri and Cleo struggle to remain both optimistic and realistic, two emotions very much at odds, but which they try to maintain in balance. As their personal failures mount — and even transpose or emulate the travesties within the state ward — Teri and Cleo, with their own unseen “disabilities” in dealing with their lives and pasts, react harshly to the breakdown in the emotional balancing act.

Disability is consistently provocative and interesting. It refuses to fit into the literary and political contexts it seems to invoke, and so defines its own genre and terminology.

Bold readers, brace yourselves. Cris Mazza has found the perfect subject for her high-energy prose and her pitch-black compassion: an Institution serving, and staffed by, the “disabled.” Mazza’s sexually confused caregivers and the doomed exuberant boy they love all come to frightening life. But calling this a “slice of” life would diminish it: Disability is as dense, relentless, tender, savage and strange as moment-by-moment life itself, conjured on the page whole.

Written in a shorthand style without any punctuation besides periods, the story builds a tangible energy among the characters.

Mazza builds to a violent climax whose purpose is archetypal gentleness and sorrow. Girl Beside Him is simultaneously a metaphor for the wasting of the wild and for the wild’s triumph over waste.

Cris Mazza’s fiction has been called experimental, and stylistically it is, in the same way that Chekov’s prose can be called experimental. Like the Russian author, Mazza uses an impressionistic technique to create characters so unusual, they become emblems for whole orders of social ills. Unfolding with the grim assurance of an autopsy, Girl Beside Him lays bare pathologies of self and society.

As the novel unfolds, a moody naturalist obsessed with target shooting meets his pretty assistant, rebounding from her bitter divorce, via a classified ad. Brian and Leya work together in the Wyoming outback, a landscape quick with beauty, death, and sex. Ostensibly they have joined forces to track wild cougar, but humanity is the most endangered species here.

As the story lopes along, the naturalists, made feral by heartbreak and the drone of pop culture, spend the summer tracking cougars …

Taking Sartre’s aphorism, hell is other people, to new, dreadful extremes, Mazza’s varmints know that the only thing wrong with any landscape is who else is living in it. From deep inside her characters’ skins, Mazza brings a psychological awareness to her novel that would make Stephen King squirm.

In her ninth work of fiction, Cris Mazza walks the fence between man and nature, instinct and compulsion, all the while throwing rocks into the yawning gulch between the sexes. As a portrait of our species, Girl Beside Him is a powerful book.

A portrait of our species and genders

In writing that evokes a keen sense of a particular time and place, a moment in our culture, this novel explores the boundaries between human and animal behavior, and the concept of wilderness.

In this collection of stories, critically acclaimed writer Cris Mazza shines a Klieg light on the dark underside of relationships in a disturbing look at the ambiguous nature of our own desires. From women who foster their own abusive relationships, to failed suicide attempts, to furtive — and horribly violent — encounters in steamy basements, Mazza’s stories cut to the heart of doomed human relationships, landing squarely in the murky territory between desire and despair, between freedom and loss of control.

Hardly romantic, but often amusing, Mazza is one cold comedian.

We see the beloved bare fact of fiction; that is, the life of the story, happening without explanation or common masks of cynicism or sentiment.

While in many ways reaffirming the mythic dimension of being on the road already romanticized in American pop and fold culture, Revelation Countdown also subtly undermines that view. These stories project onto the open road not the nirvana of personal freedom but rather a type of freedom more closely resembling loss of control. Being in constant motion and passing through new environments destabilizes life, casts it out of phase, heightens perception, and skews reactions. Every little problem is magnified to overwhelming dimension. Events segue from slow motion to fast forward. Background noises intrude, causing perpetual wee-hour insomnia. Imagination flourishes, often as an enemy. People suddenly discover that they never really understood their traveling companions. The formerly stable line of their lives veers off course. In such an atmosphere, the title Revelation Countdown, borrowed from a roadside sign in Tennessee, proves prophetic. It may not arrive at 7:30, but revelation will inevitably find the traveler.

Is It Sexual Harassment Yet?

These stories convey a powerful, convincing sense of the bewilderment and excitement of sexual desires. Mazza describes a world that resembles a shopping mall gone mad, populated by ordinary, normal people behaving in ways that mock the very concept of normality. By describing these lives with an acute sense of the absurd, Mazza produces a dark, sometimes hilarious comedy that undercuts the shaky compromise of the consensus we call reality.

As with Cris Mazza’s widely (and justifiably) praised earlier collection, Animal Acts, the stories in Is It Sexual Harassment Yet? continually surprise, delight, disturb, and amuse. Mazza’s “realism” captures the eerie surrealism of violence and repressed sexuality in her characters’ lives. Hers is a “familiarity” that breeds not contempt but the shock of recognition, a “minimalism” that produces a maximal charge of passion, pathos, and humor.

Mazza’s writing style — with its precise rendering of exterior details, its dark humor, its disturbing intensity — is perfectly suited to plumb the passions and mysteries lying barely concealed within the lives of her ordinary-seeming characters. 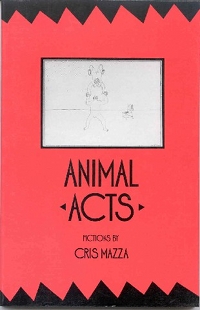 In a striking first collection of stories, Cris Mazza brings a startling vision to the familiar terrain of intimate relationships. The eleven stories in Animal Acts describe characters navigating an unsteady course through the turbulence of sexual desire. Set in unmistakably American landscapes — from sprawling West Coast cities to the dry, dusty scrub of rural Southern California — the work is populated by gym teachers, aging flower children, secretaries, and artists — most of them strong, willful women.

The narrator of the title story holds the guests at a party spellbound with her fantastic retelling of another woman’s perverse life — which may, in fact, be her own — thereby seducing a man who has previously eluded her.

Mazza’s arresting narrative structures and sharp sense of the absurd make for a dazzling debut collection.

[Cris Mazza’s fiction] would seem to be the work of a young person, but only because of its freshness. Its clarity and simplicity, however, suggest an older writer’s attention and experience.

The stories contained in Cris Mazza’s Animal Acts express an utterly original vision that is closer in spirit to Blue Velvet than to anything one is likely to encounter in the works of any of the “New Realists.” Once you get beneath the deceptively simple surfaces of these stories you find yourself in a startling, disquieting world where daily “civilized” behavior clashes headlong with the fantastic, irrational aspects of ourselves normally hidden from public scrutiny. Mazza’s writing style — with its precise rendering of exterior details, its dark humor, its disturbing intensity — is perfectly suited to plumb the passions and mysteries lying barely concealed within the lives of her ordinary-seeming characters.