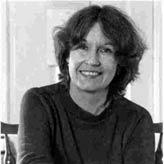 Constance Pierce was born In Virginia in 1943 and grew up in Virginia, North Carolina, and Germany. She has taught at universities in Puerto Rico and Portugal and is currently on the English faculty at Miami University, Oxford, Ohio. Her short fiction, poetry, and film literature criticism have appeared in a number of periodicals, and she is the author of Phillipe at His Bath (Adastra, 1983).

When Things Get Back to Normal

These are mature, gifted stories, full of Nabokovian artifice but also brimming over with passion, social insights, and a feel for language. Altogether, an outstanding, highly readable collection.

When Things Get Back to Normal 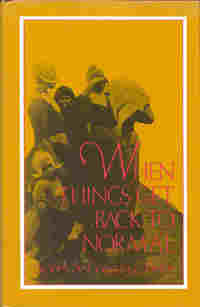 In a tone at once comic, gothic, and deceptively pastoral, the stories n this collection continue the tradition of Hawthorne, Poe, and James — Americans pursuing a dialectic with Europe — but in a late 20th-century context. Constance Pierce’s characters, with their fetishes for food and property, hide their eyes with daydreams, hallucinations, and enormous feats of rationale in their longing to return to the happy normal state they tell themselves they once enjoyed but which likely never existed at all. Subtly questioning their characters’ illusions and nostalgia, these stories, set in such territory as World War II Germany, the French countryside, and Long Island Sound, address the often nebulous relationships between private and public life, old and new ideas, fantasy and reality.

Throughout I found Pierce’s lush, arch prose to be a joy, in its unfolding, and her eye for satiric details to be unerring. These are mature, gifted stories, full of Nabokovian artifice but also brimming over with passion, social insights, and a feel for language. Altogether, an outstanding, highly readable collection.