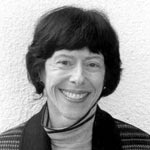 Leslie Scalapino is the author of approximately twenty-two books of fiction, poetry, plays, and criticism. Her long poem Way received the Poetry Center Award, the Lawrence Lipton Prize, and the American Book Award. Her work has been included in over twenty anthologies. Her plays have been performed in San Francisco, New York and Los Angeles. She teaches at Bard College in the summer MFA Program.

Leslie Scalapino’s writing reveals how far language — and therefore thought itself — can go beyond what we are accustomed to, and the forms in which she writes delightfully defy our expectations. Yet her work is infused with a seriousness, a passion, a timeliness, and an intelligence with which we profoundly identify. A new book by Leslie Scalapino is — always! — cause for celebration.

Is it a detective novel? A metaphysical tract? A social statement? A free-flowing tributary of the Stream of Consciousness? Which players form the backbone? And what of the boys? And the boxes? Dahlia’s Iris: Secret Autobiography and Fiction is a novel whose protagonists are detectives investigating the death of Dahlia Winter’s husband and the mysterious deaths of boys who are imported for labor in a future-time San Francisco. Citing the plots of Invasion of the Body Snatchers, Terminator 2, and Blade Runner, the novel appears at first to be a detail of these films all at once, like a colonization of them from the inside. But immediately the plot of Dahlia’s Iris assumes its own life. Based on a conception of the Tibetan written form called Secret Autobiography, the novel makes a time-space in which sensation, actions, and thought-memory are occurring alongside our present-day space. Madness or genius? Maybe both.

Dahlia’s Iris is a one-of-a-kind work of genius and daring. It exists in a celestial sphere of its own making like a comet that only exists by shattering the invisible warps that are in its path.

What delight I find in this amazing novel. I was so moved as I read the final page I wept. This is a masterpiece of multi-dimensions, a wonderous thought experiment that implies the grand unifying theory will be written by a poet or novelist, not a mathematician.