Elisabeth Sheffield is the author of two novels: Gone (FC2, 2003) and Fort Da: A Report (FC2, 2009). She is also the author of a critical monograph on James Joyce and poststructuralist and feminist theory (Fairleigh Dickinson Press, 1998), and various works of short fiction, which have appeared in literary journals including Pretext, 13th Moon, Denver Quarterly, Gulf Coast, and Gargoyle. Originally from upstate New York, she has taught in both the eastern and western U.S., as well as in between, in North Cyprus, and in Germany, where she was a Fulbright lecturer in 1999-2000. In 2012, she won an NEA Fellowship. In 2014, she was the recipient of another Fulbright, at the Seamus Heaney Centre for Poetry, in Belfast, Northern Ireland. Currently, she is the Director of the Creative Writing Program at the University of Colorado in Boulder. She lives in Boulder, Colorado, with the writer Jeffrey DeShell and their two children.

Elisabeth Sheffield’s new novel is multilayered, smart, beautifully written, and funny. I was taken in by the first paragraph and held firmly through the roller coaster of a ride. This is a rare and memorable piece of work. 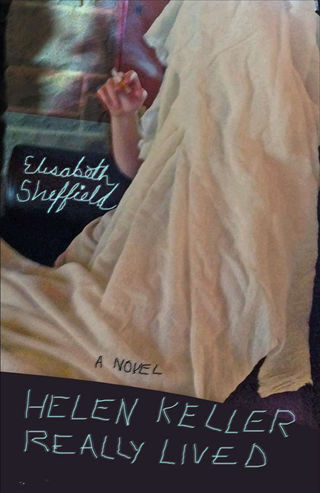 What does it mean to really live? Or not?

Set in eastern, upstate New York, Helen Keller Really Lived features a fortyish former barfly and grifter who must make a living in the wake of her wealthy husband’s death, and who finds work in a clinic helping women seeking reproductive assistance. The other main character is the grifter’s dead ex-husband, a Ukrainian hooker-to-healer success story, who prior to his demise was a gynecologist and after, an amateur folklorist, or ghostlorist, who collected and provided scholarly commentary on the stories of his fellow “revenants.”

Their intertwined stories explore the mistakes, miscarriages, inadequacies, and defeats that may have led to their divorce, including his failure (according to her) to “fully live.”

As it investigates the theme of what it means to “really live” or not, Elisabeth Sheffield’s brilliant new novel is also an exploration of virtual reality in the sense of the experience provided by literature. It is a novel awash in a multitude of voices, from the obscenity-laced, Nabokovian soliloquies of the dead Ukrainian doctor, to the trade-school / midcentury-romance-novel-constrained style of his dead mother-in-law.

Elisabeth Sheffield’s new novel is multilayered, smart, beautifully written, and funny. I was taken in by the first paragraph and held firmly through the roller coaster of a ride. The depth of the novel was evidenced by the constantly shifting meaning of the title itself. In fact, the entire work never changes its meaning, but somehow, seamlessly, simply means more. This is a rare and memorable piece of work.

One is immediately then persistently struck in considering Elisabeth Sheffield’s new novel by the sheer brilliance of the writing, by the marvelous, ferocious energy of the sentences, by the deadly serious playfulness of the intricate design. Sheffield already has first-rate novels under her belt, but Helen Keller Really Lived pushes even farther, punches even more deeply. It is her finest work to date.

Laird Hunt, author of Kind One

Among the gifts of confidence and newly opened doors, feminism of the 60s and 70s left us with one terrible burden: the unshakable belief that the patriarchal world was at fault for all our losses and unfulfilled needs. With abundantly playful, rich, and lyrical language, Elisabeth Sheffield takes the politically incorrect risk of exploring this burden and the havoc it can play in a woman’s life. In her complex story of a search for inheritance and legacy, and an unresolved relationship that struggles on in only one person’s mind, Sheffield challenges the woman-as-victim literary model that has been flown from flagpoles for decades. Sheffield shows us that women, in fact, are more interesting, more complicated and mysterious, more inspiring and significant, when they are victims mostly of their own human fragility. 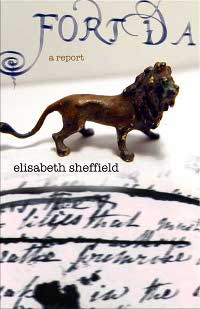 A psychological and linguistic exploration of obsession and illicit love.

While working at a sleep lab in northern Germany, Rosemarie Ramee, a 38-year-old American neurologist, falls in love with Aslan, an eleven-year-old Turkish Cypriot. To get closer to the boy, RR undertakes a “marriage of convenience” to the boy’s uncle. But when the uncle suddenly disappears, Ramee, alone with Aslan, must take the boy to his relatives in northern Cyprus. A train journey ensues, chronicled in RR’s psychological reports and neurological inquiries.

But what begins as an objective “report” breaks down as the story progresses: RR’s voice, hitherto suppressed and analytical, emerges hesitantly and then erupts, splintering every conception of inner and outer lives, solipsistic reality, and the irrevocable past. Consistently surprising and unrelenting, Fort Da turns one woman’s illicit affair into a riveting exploration of language and the mind.

Sheffield deftly balances the Southern gothic with her mordant wit; her distinct and spiky characters are sure to intrigue readers and win her new fans.

Gone plays a hide-and-seek game between desire and loss in the hills of upstate New York. The narrative alternates between the first person, sometimes stream-of-consciousness voice of Stella Vanderzee, a California freeway flyer with an unfinished dissertation on Sylvia Plath, and letters written by Judith (Juju) Vanderzee, Stella’s aunt and the one-time lover of Stella’s mother. Stella receives these letters from an old family friend early on in the novel and then loses them before she has a chance to read them.

The plot centers on Stella’s search for an inheritance, a Homer painting supposedly left to her by her rich paternal grandfather, a legacy that never existed. Unaware that the painting is gone before her search begins, Stella sees it as compensation for the loss not only of her idyllic childhood in small town America, but also of her mother, the one-eyed multi-media artist Barbara Salzmann, who, Stella believes, committed suicide.

As Stella, accompanied by her lover and former student, the beautiful opiated Skip, resolutely seeks what she believes is hers, her beliefs and assumptions, about her grandfather’s mistreatment of her mother and her mother’s failure as an artist, about sexuality and desire, are juxtaposed with the history recounted in her aunt’s unsent, unread letters. What Stella sees/doesn’t see becomes intertwined with the alternative version of her artist mother presented in Juju’s “communications,” as well as questions about art, perception, possession. Gone is an attempt to give form to what has been lost — the pastoral past, the feminine body — even as that attempt is inevitably the undoing of what it retrieves.

Interspersed with Stella’s drink-and-drug-fueled monologues are letters from her Aunt Judith — usually to people Judith knew at best peripherally. The letters, which are given to Stella, who almost immediately loses them, are the best part of the book. Judith’s voice is entirely convincing …

Gone contains the most compelling cast of cows in current fiction, and its featured humans are also tasty to ruminate over.… Sheffield’s novel explodes the possibility of recovering, or even understanding, the past despite the still-tender ache of its wounds. Gone is a wickedly funny, beautifully intricate, and unexpectedly moving journey into the unknowns of any and every life.

There’s more here than just a comparison of memories — this is no upstate Rashomon-lite. Sheffield’s loser protagonist — searching for an inheritance that was gone before she arrived, losing her boyfriend, her job, her aunt’s letters, even her hotel room — is the archetypal lost person searching for home.