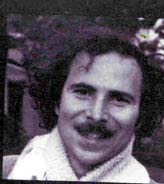 Lazarre Seymour Simckes is an award-winning playwright, novelist, educator, Hebrew-English translator, and psychotherapist. He has developed approaches to the use of creative writing in areas including prison therapy and cross-cultural communication between students in the Middle East.

Simckes’s first published work was a translation of two stories by the Israeli author, S. Y. Agnon, followed by the short story, “Behold My Servant!” published in Stanford Short Stories 1962. His novels include Seven Days in Mourning (Random House, 1963) and The Comatose Kids (Fiction Collective, 1975). He has translated a number of works from Hebrew to English, including Adam Resurrected, The Chocolate Deal, and Commander of the Exodus. He also translated Nava Semel’s children’s book Becoming Gershona, about a twelve-year old girl in 1958 Tel Aviv. In addition to Hebrew, Simckes is fluent in Yiddish, and according to the director of the film Kvetch, Simckes was one of the inspirations for the movie, and also appeared in it.

His first play, Seven Days of Mourning (adapted from his novel published by Random House), was staged on Broadway at Circle in the Square. Clive Barnes called it “spiky, yet intensely moving. A ‘Fiddler on the Roof’ without music, but with blood. Unique, wild, funny. It still haunts me.” He wrote the off-off-Broadway play “Ten Best Martyrs of the Year,” a Theater for the New City (TNC) production directed by Crystal Field, about the ten rabbis who were tortured to death in Rome for supporting the revolt led by Bar Kokhbah in 2nd-century Palestine. Simckes said of that play, “I tend to make tragic comment in a mixture of styles. So what did I do? I wrote a play as if as if through the eyes of Hadrian, the Roman emperor, watching the genocide of the Jews from his balcony.” The play was reviewed by Michael Smith in The Village Voice as “timeless, mythic, enlivened by all kinds of stylistic intrusions and an almost hysterical inventiveness.”

His awards include two National Endowment of the Arts fellowships and the National Jewish Book Award.

The book shines like something in the dark because Simckes is capable handling the most intimate human materials with extraordinary gentleness. 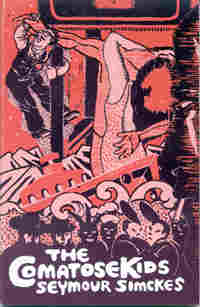 A 93-year-old European Doktor kidnaps two hopeless cases from their hospitals and attempts to cure them by convincing them that they are long-lost lovers.

An original feat of the imagination. It purifies through love for the human being.

A timeless profundity about it. The resonances are mythic. Extraordinarily strange, enlivened by all kinds of stylistic intrusions and an almost hysterical inventiveness.

Michael Smith, The Village Voice, on The Ten Best Martyrs of the Year