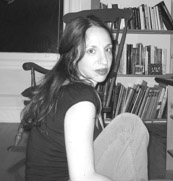 Susan Steinberg’s stories have been published in The Gettysburg Review, Quarterly West, Conjunctions, Boulevard, New Letters, Denver Quarterly, The Massachusetts Review, and other literary journals. She has a BFA in painting from the Maryland Institute, College of Art (1990) and an MFA in English from the University of Massachusetts, Amherst (2000). She has been awarded fellowships and/or residencies by the University of Massachusetts, Yaddo, and The MacDowell Colony, and was the Alan Collins Scholar in Fiction at the Bread Loaf Writers’ Conference (2001). She is currently Assistant Professor of English at the University of San Francisco and Fiction Editor of Pleiades: A Journal of New Writing.

The End of Free Love 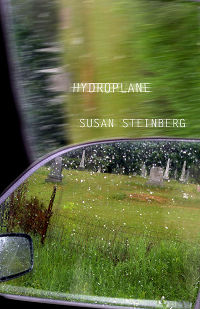 Hydroplane reads like a nocturnal drive along a vapored highway, similar in its furious wanderlust to the novels of Beckett — Watt or Molloy. Much like those title characters, the speakers populating this collection are crippled by their loss, able only to rummage through recollections as buffers to the indistinct future. One story, “Static,” follows a few steps behind a teenage girl as she spends the summer at the home of her divorced father. Squandering evenings behind the House of Mirrors, she discovers herself as a sexual entity, the object of a man’s desire.

Each of Steinberg’s stories builds as if telegraphed, relaying mere slivers of the past. One sentence glissades into the next as though in perpetual motion: And I thought of trees. How they grow out of nothing. Dirt. How they grow into nothing. Air. How somehow there’s life. A spark. Until it gets crushed. That’s life you know. Screaming oneself awake. That is, to awaken from a dream while behind the wheel and to realize that the past is not only alive and well, but thriving.

Reading Susan Steinberg’s remarkable short-story collection, Hydroplane, is like being the sole eyewitness of a devastating car wreck on a lonely stretch of highway.… It takes you on a mesmerizing, hypnotic journey into a strange, parallel universe of lost souls who live in a frenetic world that is always on the verge of running out of control.

Susan Steinberg needn’t offer excuses for the darkness of her stories. When you tunnel down as emotionally deep as she does, very little light makes it through.

Steinberg proved that she can play with form in her debut, The End of Free Love (2003), and she continues to scratch sparks against the predictable in her second collection, which is reminiscent of works by Mary Robison and Amy Hempel.… Steinberg walks a delicate line here between real life and hidden association, sentiment and reality, and she does so with ease.

You don’t just read Susan Steinberg’s stories; you hold on tight to her words and go along for the ride.

The End of Free Love

Susan Steinberg’s first collection of stories, The End of Free Love, evokes the schizophrenia of our times, a community of voices at the zero point. Like the voices that splinter from Marguerite Duras’ work, these characters, too, are neurotic, taking refuge in comic books, food, music, sex, and lies. Violence is everywhere: in every emotion, in every word. Throughout The End of Free Love Steinberg creates a hybrid text, blending poetry and fiction in writing that is as much about its form as it is content. This is fiction that offers itself up for our delight, while remaining as elusive and unpredictable as language itself.

The stories of The End of Free Love mark a great beginning. They are seductive and migratory, tapped into our earliest sense of the world. Steinberg inhabits our first bewilderments, the terrors and the tenderness that shape our lives. To read her is to fall out of the daily into a fresh elation.

Her debut is a phenomenal collection of stories written in the uncertain, hesitating dialect of the bewildered — fragmented sentences that mirror fragmented souls.

Given FC2’s overall project, it is no surprise that Susan Steinberg’s collection of short stories is formally innovative. When done poorly, playing with forms stems from gimmicks. When done well, as is the case in The End of Free Love, formal creativity unleashes a wonderful synergy between form and content.

When you finish the tough task of reading one of Steinberg’s stories, you can look forward to the more pleasurable experience of thinking and wondering about it. I tried to rush through the first step to get on with the second, but obviously it didn’t work. It’s a constant temptation, though. The stories’ packaging — the lists, short paragraphs, long streams of consciousness, and sentences that somehow move at a high speed — invite you to consume them rapidly.