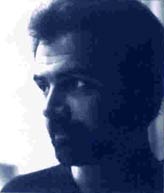 Robert Steiner is the author of Quill, Bathers, Passion, Dread, Matinee, and Toward a Grammar of Abstraction: Modernity, Wittgenstein and the Paintings of Jackson Pollock.

Steiner is a rare sort of writer … a kind of poet among novelists, intensely lyrical, highly intelligent, a shrewd and elegant craftsman. 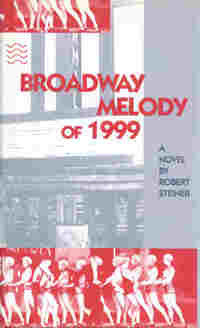 Broadway Melody of 1999, an opulent and profound tour de farce, unites figures from film, literature, and life in a phantasmagoric Christmas Eve night at the opera. Set in a snowbound metropolis where bombs explode for no apparent reason, Broadway Melody scripts the efforts of an exhausted, frail Dracula to find a new bride. Structured as a film whose editor has spliced together fragments of horror and musical classics, the novel features mass murder in the land of Oz, Quasimodo’s efforts to rescue the condemned Esmerelda, Dr. Frankenstein’s search for a suitable cadaver, and the ultimate confrontation between two famous prowlers of the night — the jaded, bony vampire, Dracula, and his enthusiastic double, the Phantom of the Opera, together for the first time.

And still there’s more to come: the quest for identities sexual, philosophical, and historical. In the opera itself performers and their roles overlap, beggars become kings, princes turn to ponies, and soldiers and lovers discover they are merely the paintings in which they appear. There lurks as well a writer in search of characters. Steiner’s new novel-cum-film dreams its origin out of Faust, remindind us that knowledge and the books it is found in provide dangerous models for life.

He is the important work of the rebel in paradise — reinventing passion.

Language is beautiful, passionate, so full of ellipses that the reader nearly bursts trying to follow them.

Robert Steiner … has written an astonishing work … in a style dark and gorgeous. [He] is a master of the sensual. 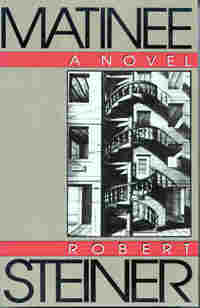 Matinee, Robert Steiner’s captivating new novel, gives us a wild, modern-day party in the New England woods, where a cosmopolitan array of guests revels in numerous couplings and uncouplings, movies, music, and murder. (Or is it suicide?) The party’s conspicuously absent host, O. T. Stone, has retreated to his study, where he holds a nameless hostage at gunpoint throughout the night.

The contemporary story is interrupted by Steiner’s imaginative reinventions of historical and literary episodes: After the death of Don Quixote, Sancho Panza becomes Don Juan’s valet; Casanova’s exploits are told through a series of love letters; Casanova confounds Mozart in a villa outside of Prague; later, he meets Don Juan, and the two great lovers confront each other beside the Seine in Paris.

Steiner’s prose is taut, his imagery … shocking and original. He makes the world tilt, provided a new way of seeing.

Dramatic events are subtly intertwined with the quotidian, giving them a spellbinding power. The novel [Dread] is … consistently absorbing.