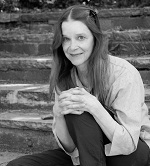 Melanie Rae Thon’s most recent books are Silence & Song (September 2015) and The 7th Man (November 2015). She is also the author of the novels The Voice of the River, Sweet Hearts, Meteors in August, and Iona Moon, and the story collections In This Light, First, Body, and Girls in the Grass. Thon’s work has been included in Best American Short Stories (1995, 1996), three Pushcart Prize Anthologies (2003, 2006, 2008), and O. Henry Prize Stories (2006). She is a recipient of a Whiting Writer’s Award, two fellowships from the National Endowment for the Arts, the Mountains & Plains Independent Booksellers Association Reading the West Book Award, the Gina Berriault Award, the Utah Book Award, and a Writer’s Residency from the Lannan Foundation. In 2009, she was Virgil C. Aldrich Fellow at the Tanner Humanities Center. Originally from Montana, Melanie now lives in Salt Lake City, where she teaches in the Creative Writing and Environmental Humanities programs at the University of Utah. She is a 2016 Guggenheim Fellow in Fiction.

Early Trouble: Girls in the Grass

All Life is Love: Silence & Song

Blood on Fire: Notes on The 7th Man

The Heart Breaks, And Breaks Open: Seven Reasons to Tell a Story in the New Millennium

Dangerous Discoveries: The Terror and the Rapture of Research

Melanie Rae Thon belts out her stories in a tone and style reminiscent of classic blues singers.… The reader is swept along not only by her remarkable characterizations, but also by the taut, magic current of her prose, which carries an exhilarating rhythmic punch. 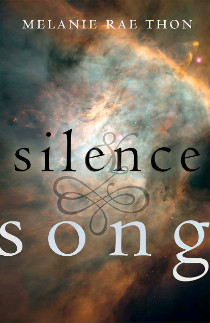 There are three ascending levels of how one mourns: with tears — that is the lowest — with silence — that is higher — and with song — that is the highest.
— Hasidic teaching

Silence & Song is a diptych, two long lyric fictions hinged by a short prose poem. Inspired and informed by biology, physics, music, history, intimate violence, and miraculous resilience, all three pieces move from mourning to song. The primary speakers in these fictions contemplate human and environmental fragility, but are also besieged by evidence of infinite creative abundance: the eggs of shrimp that lie dormant for decades, the sophisticated symbolic language of honeybees, the ability of the creosote to live 10,000 years, the astonishing resurgence of wildlife in the wake of the Chernobyl nuclear disaster.

In “Vanishings,” a woman who works with children at risk in Tucson, Arizona imagines the experiences of immigrants trying to cross the blistering expanse of the Sonoran Desert. Rosana’s compassion is heightened by her personal history: the loss of her brother and sister in a car accident when they were children. She envisions the precarious existence of the Good Samaritan, Lewis Rohe, a man who stops to help a 14-year-old boy who has stolen his mother’s car and rolled it down an arroyo. In his confusion and terror, the boy shoots the man three times, leaving him critically injured. Rosana’s poem — her conflation of stories; her lucid evocations of hummingbirds, black holes, saguaros, elf owls, problem bears, and lost children; her insistence on hope — is a love letter, a prayer to this stranger whose suffering illuminates and transforms her own sorrow.

“Translation,” the short hinge of the collection, describes a moment of transcendent nonverbal communication between young children in a multilingual literacy center in Salt Lake City.

The convergence of two disparate events — a random murder in Seattle and the nuclear accident at Chernobyl — catalyzes the startling, eruptive form of “Requiem: home: and the rain, after.” Narrated in first person by the killer’s sister and plural first person by the “liquidators” who come to the Evacuation Zone to bury entire villages poisoned by radioactive fallout, “Requiem” navigates the immediate trauma of murder and environmental disaster; personal and global devastation; unexpected grace; and the remarkable recovery of the miraculously diverse more-than-human world.

Imagining what it is like to be someone [something!] other than oneself is at the core of our humanity. It is the essence of compassion, and it is the beginning of morality.
— Ian McEwan

The rhythmic beauty of Thon’s writing is everywhere extraordinary: Here is a writer who can really sing the blues.

[Thon] is a writer worth reading for her soulfulness and her sensual detail.

The reader is made constantly aware that language, not story, is the irreducible medium of fiction, that “what happened” is only the beginning of the explorations a work of fiction might make. Thon is interested in the long reach of events, the mental afterimages they leave, the attempt to reckon with their consequences.

Thon, like no one else alive, captures the pain and the ecstasy of our existence, its harrowing, too-often brutal nature, and the transcendent joy of soil and souls, making sense of the urge to hurt and the will to rescue, the unbearable loneliness and the solace that makes life bearable. Her slender volumes speak volumes about humanity in all its agony and its undying glory.

The Voice of the River is a beautifully written, deeply inclusive and profoundly spiritual work of art. I am moved by its great generosity above all, and its wisdom. It is a gift like no other.

The Voice of the River 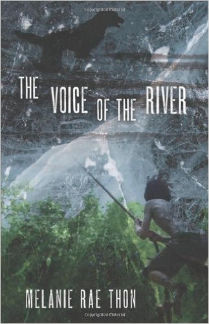 The search for these two spans a single day, morning twilight to late evening, from the time Kai leaps in a half-frozen river to save the dog to the hour he and Talia are recovered. They could be anywhere, wet and wandering in the woods or trapped by ice under the surface. Each person who comes to the river brings his or her secret needs and desires; each has known loss, and all are survivors: a childless mother grieves for her son and daughter; a starved boy seeks himself; and a man who shot his father recalls a tender, intimate night “when the father was kind, and not afraid, and not angry.” Kai and Talia belong to, and are loved by, a whole community. As strangers work together toward a single cause, they become family — bound by love not only to the ones lost, but to all who gather.

In this jewel of a book, Melanie Rae Thon has managed to transcend the boundaries of species and speech. Not only has she given voice to the river, but she has given us fluency in the bittersweet language of a host of beings at once broken by disease, injury, and loss, and exalted by nature, joy, and love.