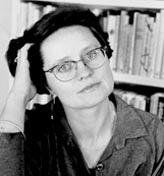 In addition to Not a Chance, Jessica Treat is the author of two other story collections: A Robber in the House (Coffee House Press), and Meat Eaters & Plant Eaters (BOA Editions). Her stories, essays, prose poems, and translations have been widely published in anthologies and literary journals, including Epoch, Quarterly West, Black Warrior Review, American Literary Review, and Ms. Magazine. Treat has been nominated for a Pushcart Prize and was awarded the Dominion Review Fiction Award. In 2001 she received an Artist Fellowship Award for further work in fiction from the CT Commission on the Arts; she has also received Artist Fellowship Awards from the Fundacion Valparaiso (1998) and Civitella Ranieri (2008). Born in Canada, she grew up in New England and lived for a number of years in Mexico City. Treat is Professor of English at Northwestern Connecticut Community College, where she co-ordinates the annual Mad River Literary Festival, co-chairs the Cultural Planning Committee, and serves as Faculty Advisor to the Spanish Club. In 2007, she received the Award for Distinguished Service & Educational Excellence.

Not a Chance: Fictions

As she continues to blend dark humor with darker obsessions, Treat may find herself in a unique position among current women writers: lighter than A. M. Homes, darker than Lorrie Moore. Not a Chance shimmers with smart, poignant prose.

Not a Chance: Fictions

Ranging in location from St.-Germain and Mexico City to a cold, bucolic New England, these individually-wrapped dreams record the struggle of contemporary consciousness for placement and connection. Treat’s narrators — American, female, mostly single — are cultural refugees given to obsession and passionate longing. In the complex title story, a woman attempts to imagine her friend’s love affair, succeeding with such vividness that woman and friend begin to merge. In “Radio Disturbance” a character gradually becomes so attached to her therapist’s voice that she insinuates herself into the woman’s home. These are haunting, intricately textured fictions that will lift you high above familiar ground.

Treat is a real find.

Not a Chance is a mesmerizing series of stories …

It would be easy to think of Treat’s novella and the other stories here as fun to read because we readers like to think that we will never be as insane, confused, or pathetic as the characters in Not a Chance. Yet that’s the beautiful danger of these stories and Treat’s telling of them: How do we really know that we’ll never cross that blurry line between sanity and insanity?