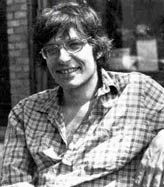 Lewis Warsh is the author of over thirty volumes of poetry, fiction and autobiography, including One Foot Out the Door: Collected Stories (Spuyten Duyvil, 2014), A Place in the Sun (Spuyten Duyvil, 2010) and Inseparable: Poems 1995-2005 (Granary Books, 2008). Agnes & Sally, published by The Fiction Collective in 1984, was his first novel. He was co-founder, with Bernadette Mayer, of United Artists Magazine and Books. He has received grants from the National Endowment for the Arts, the New York State Council of the Arts, The Poet’s Foundation and The Fund for Poetry. Mimeo Mimeo #7 (2012) was devoted to his poetry, fiction and collages, and to a bibliography of his work as a writer and publisher. He has taught at Naropa University, The Poetry Project, SUNY Albany and Long Island University (Brooklyn) where he was founding director of the MFA program in creative writing (2007-2013) and where he currently teaches. He lives in Manhattan and in Western Massachusetts.

The unobtrusive powers of this extraordinary writer make a cautionary tale of all too familiar real lives. Meshed in a web of deadpan cliche, this world is forever all dressed up with no place to go. Mr. Warsh should be our next President. He really knows the People. 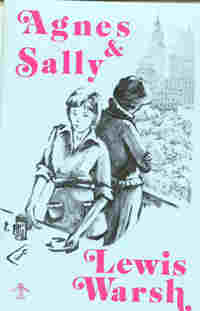 Lewish Warsh has written a meticulously schemed novel of those arid pastures where men and women are trapped between desire and reality. The tug of their daily life is too strong for the pathetic forays they make into a larger world of romantic narrative. Unable to communicate with one another, frustrated and angry, they retire into their impotent daydreams. In his wry and deadpan way, Warsh emphasizes that in the contemporary world he has described, there are no Anna Kareninas, no Emma Bovarys — only Agnes & Sally and their similarly bewildered mates, Jacob and Bob.

Agnes & Sally is a fascinating polyphonic rendering of the mesh of daily life — written with clarity, calmness and sympathy.