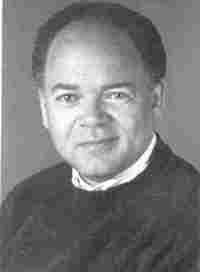 The Cares of the Day is Ivan Webster’s first published fiction. Raised in the Midwest, he attended UCLA where he earned a BA in English. He has been a staff writer for Time magazine, has written book reviews for The New Republic and Newsday, and was arts and entertainment editor for Encore American and Worldwide News. Since 1972 he has lived in New York City, where he currently works as a word processing specialist for a financial printing company.

The Cares of the Day

Ivan Webster has written a memorable family chronicle, one filled with concrete, stunning voices, and vivid black characters who survive betrayal and the burdens of oppression in the pre–Civil Rights era.… The reader is transformed by — and then allowed to transcend — the racial pains of the past.

The Cares of the Day 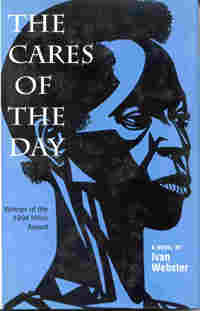 Winner of the 1994 Charles H. and N. Mildred Nilon Award for Excellence in Minority Fiction

This compelling novel about a small town black family living not far from Chicago is distinguished by the river of lucid and poetic language in which it is told. Through a powerful flow of vernacular speech and the varied rhythms of memory, a story emerges that is as moving as it is true, as individual as it is American.

Opening in the Midwest region of 1950s America, the story draws us into the intricate relations among the troubled members of a singular, haunted, African-American family. Sex, love, betrayal, violence — all these collide to result in a tragedy as well as the coming of age of the young woman, Hassalia, who is the novel’s protagonist. Now, more than 25 years later, in a reckoning with the past, and an awful replaying of it, Hassalia may be facing her own death.

She pulls the reader along as she pieces together how and why her world began to spin out of control with the death of her grandmother, the much feared, warily respected family matriarch: Ma Rhetta. For it is the shattering even that resurrects long-buried anguish and, in the process, triggers Hassalia’s delayed transformation from treeclimbing tomboy to womanhood.

In The Cares of the Day, Ivan Webster has written a memorable family chronicle, one filled with concrete, stunning voices, and vivid black characters who survive betrayal and the burdens of oppression in the pre–Civil Rights era. Like Hassalia, the youngest family member who hears and inherits these powerfully delivered oral histories, the reader is transformed by — and then allowed to transcend — the racial pains of the past. Webster’s literary debut is a reason for celebration.

There has been a crying need for the black men to find their voice and raise it … not only in protest but in thoughtful examination. The Cares of the Day brings a new voice to the very human problem of “then how shall we proceed?” I hope we proceed by taking to our hearts the gift Ivan Webster is giving us. A wonderful new perspective on the lives we are living.