Mac Wellman’s recent work includes 3 2’s; or AFAR at Dixon Place in October 2011, The Difficulty of Crossing a Field (with composer David Lang) at Montclair in the fall of 2006 (and elsewhere more recently), and 1965 UU for performer Paul Lazar, and directed by Stephen Mellor at the Chocolate Factory in the fall of 2008. He has received numerous honors, including NEA, Guggenheim, and Foundation of Contemporary Arts fellowships. In 2003 he received his third Obie, for lifetime Achievement. In 2006 his third novel, Q’s Q, was published by Green Integer, and in 2008 a volume of stories, A Chronicle of the Madness of Small Worlds, was published by Trip Street Press as well as a new collection of plays, The Difficulty of Crossing a Field, from Minnesota Press. His books of poetry include Miniature (2002), Strange Elegies (2006), and Split the Stick (2012), all from Roof Books, and Left Glove, just out from Solid Objects Press. He is Distinguished Professor of Play Writing at Brooklyn College.

He is James Joyce reborn as a rap artist. 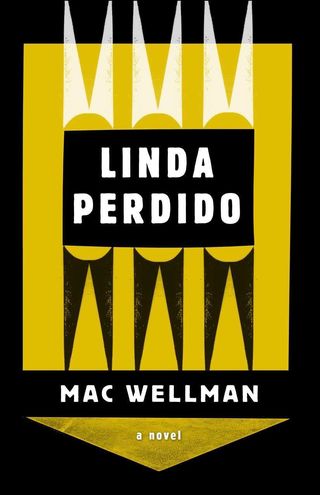 Linda Perdido, the story of the antisocial Linda Perdido told by her well-behaved sister Qua, is a memoir like no other.

Set in a vast and unknown region in the Midwest, Mac Wellman’s Linda Perdido chronicles the lives of two sisters: Linda and Qua Perdido. Linda is bad, acting out every antisocial impulse she has and then some; Qua is good but comes to hate her sister, though she chooses to write a memoir about her, thus Linda Perdido.

Their lives are complicated by many figures, among them the Traveler, a lonely man who follows the migration patterns of a strange bird, the Perdido Macaw; the Counter-Terrorist, who gets his facts wrong and cannot decipher the ominous chatter; a FedEx delivery man, Donn Morocco, who loses his mind after his truck is stolen by the rampaging Linda. These and others meet and complicate each other’s lives, often ruinously, culminating at what will become Ground Zero on the day before the attacks.

What Wellman does best [is] approach the mystery of things without succumbing to the mute darkness.

Wellman is our latter-day Brecht, providing the Verfremdung, the “making strange” that makes us see what has been before us all along.

Marjorie Perloff, author of Unoriginal Genius: Poetry by Other Means in the New Century