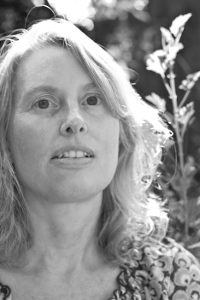 Angela Woodward won the Catherine Doctorow Innovative Fiction Prize for her novel Natural Wonders. She is the author of the collections The Human Mind and Origins and Other Stories, and the novel End of the Fire Cult. She lives in Madison, Wisconsin.

Natural Wonders is an amazing work about sentience and biologic magic, its structure built and layered with beautiful rigor. It is full of delicious sentences that will pull readers into its meditation on story making and the awe that seems to be just outside our sight.

In Natural Wonders, Jenny is given the task of assembling a memorial edition of her recently deceased husband Jonathan’s lecture series about the physical history of the earth. With little knowledge of his work or of Jonathan himself, Jenny constructs from his fragmentary and disorganized notes her own version of our planet’s past.

Presented as a series of lectures, Jenny’s earth history is an amalgam of stories from science and about scientists — a Serbian mathematician and his theory of the ice ages, a Swiss doctor camped on a glacier, the mysterious materia pinguis thought to have drifted down from stars to form fossils. Into these stories she interweaves scenes from their marriage as well as material she finds on Jonathan’s shelves. In her history, an explanation of continental drift becomes enmeshed with a schoolboy’s erotic encounter with an older woman. Icebergs in an Andean lake launch a woman’s jealous affair with a third-rate actor, and H. G. Wells’s Island of Dr. Moreau is dramatically recounted in new form.

Natural Wonders mixes mythology, popular fiction, and a misfired romance with the story of the earth hurtling around the sun. From intimately human to geologic to cosmic, it explores change, love, and loss.

Empiricists are us. We know what we know through our sensing apparatus. A fact, we know, is a thing done, and once it is done it is done and leaves only artifact and residue, evidence of its happening. But we also know (we’re giddy with fear) that our senses are so easily fooled. And in that fooling lies great wonder! Angela Woodward in Natural Wonders knows what the grand satirists — Swift and Sterne and Defoe — knew about the great tectonic paradigm shift to this new way of knowing. Her deadpan take on the scientific deadpan is expansive and microscopic, hilarious and heartbreaking. The book is a studious study of silly seriousness, a calculating engine collecting forever the erotic and effervescent data of our empirical world. It is so surely never sure of itself. It can’t not believe its eyes. Behold! Observe! See! The natural wonder of Natural Wonders as it does a bang-up tangled tango with the tabula rasa.

Natural Wonders is an amazing work about sentience and biologic magic, its structure built and layered with beautiful rigor. It is full of delicious sentences that will pull readers into its meditation on story making and the awe that seems to be just outside our sight. Woodward’s novel contextualizes our shred of a civilization so vividly readers will see the world with new eyes. I am sure you will love it!

Stacey Levine, author of The Girl with Brown Fur and Frances Johnson

Angela Woodward’s Natural Wonders beautifully juxtaposes a recounting of a short but intense marriage against a retelling of both the marvelous expanse of geological time and the fraught history of scientific discovery. Very few writers have the required level of ambition to attempt to interweave the personal, the scientific, and the mythic on this grand of a scale, surely a task that requires a writer of great intelligence and heart. Thankfully, Woodward is just such a writer, and the result is a gorgeous novel you won’t soon forget.

Jenny, new widow and sometime protagonist of this extraordinary novel, collects her late husband’s lectures on prehistory for publication. She admits that “Jonathan and I hadn’t had much history, just a quick, impulsive marriage, and a journey into geologic time would not make up for it.” Still, she’s determined to try, through the course of this planetary (and inter) exploration of the course of a marriage and a life, reflected through the earth’s own complex, violent, and beautiful history. Woodward has a way with the intentional meander, the stories that blossom into stories, that morph and shift and come together like the earth’s crust itself. This is a wonderful book.

Amber Sparks, author of The Unfinished World and Other Stories Fur