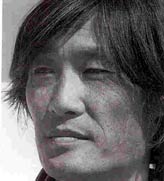 Max Yeh lives in the mountains of New Mexico with his wife and daughter. Besides writing fiction and screenplays, he works on a wide range of topics from literary theory and linguistics to art history and science. He was born in China, educated in the United States, and has lived in Europe and Mexico. He taught at the University of California, Irvine, and at Hobart and William Smith Colleges. Recently, he has been adjunct professor of English at New Mexico State University and Assistant Chief of the Hillsboro Fire and Rescue Department.

Beginning of the East

Like Henry Miller, Max Yeh is dismissive of literary convention. He’s a writer on the rampage, but his appetite is for history, for political meaning, for ethical life. He’s an origast, but of the intellect. He imagines American back to Columbus and forward again, mapping his own brain, and possibly ours, in what is finally an original and provocative book.

Beginning of the East 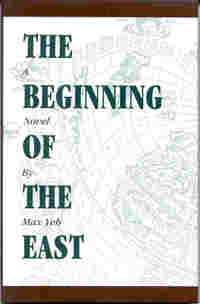 Columbus called the lands he discovered and believed to be parts of China “the beginning of the East,” and his aberrations, delusions, and fantasies form this compelling novel’s spiritual center. The Beginning of the East is written from an intriguing point of view that is simultaneously Western and Oriental, by an American scholar who is heir to the Chinese Mandarin tradition.

An earthquake in Mexico City shocks the protagonist of this Scheherazade series of connected tales into mapping the influence of the United States on the rest of the Americas, of Europe on the Native American cultures, and therefore, of Columbus on reason for political kidnappings, death squads, and tortures. That logic comes to him woven around the figure of Columbus and elaborated as an ironic and tragic theory of world history leading inevitably to his own alienation and victimization. He is forced to travel back to Europe and to Seville, the city where Columbus’s adventure began. There, as he relives in imagination the voyages of the great navigator, his own life and energized by an immense momentum, the narrative travels both forward and backward at once, both east to a mythic Cathay and west to the New World, where the protagonist ends up in a desolate town in the New Mexico desert in the company of down-and-outers who are fated to relive, as we all are, the primal contact of east and west initiated by Columbus.

The metaphors of self in The Beginning of the East engender vast reverberations, worlds on worlds of complex and reciprocal resonances, rich with echoes and memories. The recognizable, the improbable, the lyrical, the philosophical, the fabulous flow together. As Montesquieu, the grandfather of this genre of the foreign visitor, said about his own work, everything is tired together “by a secret, and in a way, unknown chain.”

For a fresh take on the myth and reality of present-day America, free of cant and pedantry, this book is invaluable. Its quality is clear: first class, untrammeled, an extraordinary work.