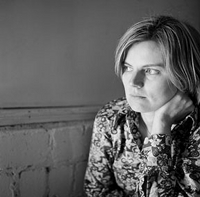 Magdalena Zurawski was born in Newark, New Jersey, in 1972 to Polish immigrants. Her work has been published in American Poet: The Journal of the Academy of American Poets, The Poetry Project Newsletter, Rattapallax, Talisman, and other magazines. She lives in San Francisco. The Bruise is her first novel.

The real story of a female coming of age is not sex but coming to write. Maggie Zurawski makes magnificent art of something inconsequential or common — the bruise on a young woman’s body, a bruise on her head, the story of the world at last. 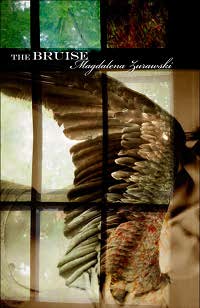 The Bruise is a novel of imperative voice and raw sensation. In the sterile dormitories and on the quiet winter greens of an American university, a young woman named M—— deals with the repercussions of a strange encounter with an angel, one which has left a large bruise on her forehead. Was the event real or imagined? The bruise does not go away, forcing M—— to confront her own existential fears. M——’s wavering desire to tell the story of her imagination is that of the writer, breathless, desperate, and obsessive, questioning the mutations and directions of her words while writing with fevered immediacy. With rhythmic language and allusions to literature and art, Magdalena Zurawski reclaims the university bildungsroman as an intelligent and moving form.

The Bruise manages to present all the loops and turns of a mind figuring out where it stands in relation to itself while staying playful and spare and crisp in all the right ways. Quietly funny and benignly obsessive, there are no bells and whistles here, but simply carefully chosen words that render a life in beautifully exact and breathless terms. This is a marvelous debut.