FC2 in Conversation With Yannick Murphy

Fiction Collective Two had the chance to sit down with Yannick Murphy, author of the upcoming FC2 book By The Time You Read This! Find our conversation below, and find out more about Yannick here. 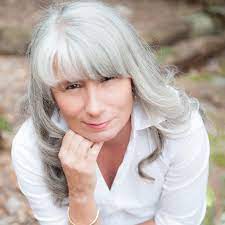 1) Some of these stories have been published individually. Why publish them together now?

I find that reading an entire short story collection from cover to cover provides an entirely different experience than simply reading a singular short story published in a journal or magazine. What you get from an entire read of someone’s collection is transformational. In stories, sentences lean up against each other. What you write in the next sentence issues from the sentence done previously. In that phased transition, from one sentence to the next, there is infinite complexity between the exchange of the first sentence and the next sentence. On a larger scale, this dynamic also exists in short story collections from one story to the next. A reader will begin to perceive that all of the separate stories, even though they all may be different, add up to one powerful artifact, which is saturated with the power of bewitching human energy. It’s for this reason, I felt compelled to publish the stories together.

2) Renee Gladman saw a “novel gaze” in your stories, and they certainly have recursive, lingering temporalities. How do you approach time and memory while writing?

I try to focus on entering a story originally and exiting a story originally, everything in between is a weaving together of struggle contained by structure. Ultimately, I try and produce a dynamic effect achieved from constantly driving for a deeper level of complication by the virtue of a trope or a theme. I do enjoy the challenge of making time jump forward or backwards or sideways in a story and at the same time rendering the story so that a current of moral turbulence runs throughout it that helps maintain the drama and hopefully transfix the reader.

3) Nature appears both lovingly and violently throughout the book. Do you feel those approaches to be separate? Why, or why not?

In writing, I believe that if you’re constantly pushing for complete revelation of the truth, then you must be willing to engage yourself. This manifests itself in the form of presenting nature appear in all of its different forms. Nature at its ugliest, nature at its weakest, nature at its most sublime, and all of these conditions can exist simultaneously because in effect, that is the definition of nature. Stories rely on these mongrel truths to help with the important task of pointing to the mysteries that reside in the human heart. There is always another level of consciousness which you can go to if you open yourself up to all the variations in which nature reveals herself.

3) You feature female characters and voices. What do these perspectives mean within and beyond the book?

Female characters, as well as male characters, are the conduit for which I see and don’t see, which are what claim me as a writer. I continuously aim for the role of each man and woman in my stories to be unique so that each of them has a density of relations, a kind of amplitude that can be readily understood, but that is unlike any other definition of feminine or masculine because in the real world, no two people are alike, regardless of their gender. By steering away from a linear system, fraught with gender stereotypes, and always striving to provide for accident, then I hope my writing can achieve a type of luminosity, where the yield is greater than the output.

4) Tell us about the role of relationships and family in these stories.

In my writing, I aim for revelations that if they come one after the other where relationships and family are thematic, can provide a gateway for drama to exist. In turn, this hopefully produces a deep order because the irony of the revelations defeats the predictable expectations. I try to write so that the meaning of relationships is revealed holistically and symbolically by what my characters choose to witness and ignore. I try to create patterns and suggest illusions, relying on the reader to do the work and make the meaning on their own so that the experience for the reader is wholly original, and so that the reader feels that the story only comes into being when the reader is reading it.

5) What else would you like people to know about By the Time You Read This?

I’m so thankful for FC2’s support with the publication of this book, and for the small presses that previously published versions of some of these stories in their issues.