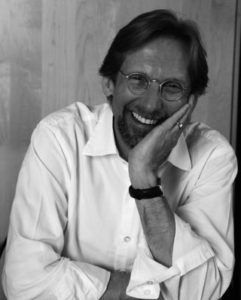 How did you first learn about FC2?

Although FC2 feels like something I’ve always known about at a sort of cellular level, the truth (and I use the term loosely) is that I was a sophomore at the University of Wisconsin, thumbing through new arrivals at the library late one Friday night, when I stumbled across a copy of 98.6. I picked it up and everything changed.

Tell us about Calendar of Regrets.

Calendar of Regrets intersects a dozen apparently unconnected narratives (about Iphegenia, Hieronymous Bosch, a pair of nameless fundamental Christian bombers, etc.), a dozen historical moments (ancient Greece, late-medieval northern Europe, a near-future London, etc.), and a dozen genres (myth, historical fiction, speculative fiction, etc.). That is, it’s a narrative about narrativity, about how we tell ourselves and our world again and again in an attempt to make sense of them, and fail (in a productive Beckettian sense) every time.

The same, in a sense, that it has always-already meant: producing fiction that asks what fiction is, and how, and why; that attempts to represent (and I use the etc.) what it feels like to be alive at a particular historical moment.

Steve Katz has written that the Fiction Collective began with the desire to “make a literature.” What does that phrase mean to you?

To create a loose tribal affiliation among a group (and I etc., etc.) of writers and readers across space and time who care in various ways about the ideology of form(s). To structure a text, a sentence, a phrase one way rather than another is to convey, not simply aesthetic preference, a matter of taste, but a course of thinking, a way of being in the world, that privileges one approach to “reality” over another. The literature Katz is talking about is keenly conscious of that, always committed to challenging and disrupting dominant ways of telling ourselves.

For what FC2 backlist title are you an evangelist?

There are so, so many, but these, perhaps, simply because they had and have recently had such a profound effect on my on sense of innovative narrativity: Ronald Sukenick’s Mosaic Man; Raymond Federman’s Double or Nothing; Michael Mejia’s Forgetfulness; Lidia Yuknavitch’s Real to Reel.