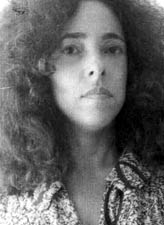 How did you get involved with FC2?

I’ve been aware of FC2, or, as it used to be, the Fiction Collective, for as long as I’ve been writing. I’ve always been interested in unusual, innovative, and transgressive fiction. When Janice Eidus offered to sponsor my collection of stories, I was thrilled. I always felt FC2 is where I belong.

How would you describe publishing with FC2?

Compared to the more commercial publishers of my first two collections, it was heaven. No sales people weighing in, no spoiled editors. Just other experimental authors. And Ralph, and Brenda, and Carla. Everyone has been delightful to work with. I’m more realistic in my expectations.

You visited FSU Tallahassee for an FC2 reading at the Florida Literary Alliance Coalition (FLAC) Conference. What did you think of this experience?

I had a fantastic time at the FLAC Conference. It was well organized, and stimulating. And fun. My book was newly out so it felt very celebratory. It was great to spend some time with others from FC2, and meet some of those who worked so hard behind the scenes. It was a pleasure to meet some of the faculty of Florida State University, and some other small publishers in a more intimate setting than the horribly crowded AWP Conference.

I haven’t actually done the research, but I believe you’re the only woman to have published in both Ms. and Playboy. Traditionally, these two magazines have appealed to two different and distinct audiences. Can you tell me a little about your experience working with both of these publications?

My feminist consciousness appealed to Ms., as well as the open sexuality in my stories. At that time, it was new to read sexual material from a woman’s point of view. I was even satirizing pornography in some of my stories. The Playboy editors were able to separate the feminism from the explicit sex. They enjoyed the anti-romantic explicitness. That I might have been satirizing porno didn’t bother them as long as they got turned on. Later on, when the feminist movement got much more complex, splitting into a million groups, some of them becoming very politically correct, and with the advent of the group Women Against Pornography, I lost the support of a number of editors at Ms. Magazine. They weren’t quite sure how to think about my writing anymore.

You were involved in the early feminist movement, and two stories, “Coming of Age” and “Interviewing Barbie,” focus on feminist perspectives then and now. Feminism has definitely changed from the early days. How do you feel about these changes and your realization of them?

Now that we’re getting to questions about particular stories, I just want to say that these questions are much harder to answer. Some of the questions seem to require a literal response or explanation that feels only related to the stories, which are more about a multitude of connections, rather than about anything. Part of a poem called “Guide To The Tokyo Subway,” by Halvard Johnson (my husband), seems apt here: “meanings stretch out in all directions turn back, turn back on themselves on their central unmeaning.” That said, I’ll try my best. “Coming of Age,” and “Interviewing Barbie,” are both stories in which I tried to incorporate an enormous range of changing, complex, and often contradictory feminist issues. And how they affect some characters. If I could possibly answer your question here in less than fifty pages, I would. But one reason I write fiction rather than essays is that it’s a much more fun way of dealing with complex and subtle issues.

One of my absolute favorite stories in your collection is “Lips.” I too am a wearer of red lipstick and remember the ritual (I share with the narrator) of locking myself in the bathroom to try on my mother’s lipsticks, moving my face close to the mirror to imagine what it’d be like for a boy to kiss me. Through details such as the narrator’s infatuation with lipstick, the mother’s tradition of applying lipstick before the father came home, and the history of lipstick and lipstick wearers, can one infer that the act of painting the lips (a yonic symbol) is a way of selling/ marketing female sexuality?

One could infer from “Lips,” that the act of painting the lips is a way of marketing female sexuality. But what I wanted to do in that story was to play with the informational essay form within a short story. I also wanted to steal an article I enjoyed very much and to incorporate it into my own work. The material of the article was certainly intriguing to me. But I don’t want to think too hard about why.

In “The Scalp Agency,” Carl seeks to “correct” his hair loss. Of his baldness, Carl states, “[…] it was always such a big deal, as if baldness were a thing, like tits” (84). This comment amuses and intrigues me. Carl can’t stand to have focus placed on a part of his body, to be reduced to his baldness, and he’s semi-consciously aware of the same treatment men give women, to reduce them to their breasts. Do you think baldness, for Carl and possibly many other men, is a vulnerability and instance of physical exposure just as breasts are for women?

Yes. But because breasts are an actual sex symbol, and the top of the head isn’t one (for most) it’s a somewhat different issue. Though breast size, and baldness relate in that they are the focus of many appearance issues.

I’ve always felt that the dentist/ patient relationship is bit strange. It is very intrusive and intimate. For “Bowerbird,” the narrator ponders the private life of her dentist and imagines herself having a personal relationship with him outside of the dental chair. Do the professional relationships we forge with our doctors, caregivers, and personal groomers encourage us to either objectify our bodies or long for a more intimate relationship with the people with whom we are so professionally intimate?

I am fascinated by that weird professional/client relationship, like teacher/student, dentist/patient, doctor/patient, therapist/client, in which there’s a lot of intimacy that can’t be acknowledged. There are great possibilities to explore, fantasy or real. In “Bowerbird,” I was also interested in the difference in class between the wealthy, dignified professional (the dentist) and the poor, overwrought single mother.

At first, I thought the speaker of “The History of My Breasts” was a braggart; however, as I read on, I found her to be a woman that learned to take pride in her body. Originally, her breasts were a source of shame and frustration, but she develops a great appreciation and love for her body. I find myself recalling those girls of my high school years who hid their voluptuous bodies beneath oversized T-shirts and baggy jeans all to avoid negative attention. In the end, I am saddened when she discovers that her “talent” is now a commodity (breast implants) to be bought by and sold to anyone. Is your narrator a depiction of the “modern” woman, hailed and reviled for taking delight in her body while expressing her own distaste (with her question: “How can people be satisfied with a symbol, a representation of something?” (120)) for society’s satisfaction with merely a symbol of woman?

Yes, all those things in your question are at issue in “The History of My Breasts.” But it’s more complex. In that story I was thinking about Franz Kafka’s marvelous tale, “The Hunger Artist.” And about Kirsten’s getting caught up in the ridiculous worship of her own real and very gorgeous breasts. She sees how meaningless that has been when eventually their realness doesn’t even matter. What does matter? I meant to end the story bleakly, like “The Hunger Artist,” but, because Kirsten is a woman, a whole new life for her suggested itself. More meaningful? Who knows?

In “Marital Bliss,” I was playing around with satirizing self-help manuals and gurus. The Sensuous Woman, The Sensuous Man, and The Sensuous Couple were sex manuals published years ago to help people realize their potential through perfecting their sexuality. Nowadays most self-realization manuals seem to focus on success, mostly business and financial success. I’m interested in the cultural switch from interest in sexuality as a road to fulfillment years ago, to money and possessions as the road to fulfillment now.

I noticed that for several stories, particularly “Still the Top Banana” and “Collateral Damage,” you begin each section with a subheading. These subheadings remind me of newspaper/ magazine blurbs, somewhat nonbiased and detached. Is this a technique you picked up from working in journalism? Are you using this form to create a detached journalistic mood that precedes the more personal “real” story?

In “Still the Top Banana,” and “Collateral Damage,” the section subheadings are purposely journalistic. Those stories are satires of articles, their forms and their methods of imparting information. At the same time I needed to employ the engaging techniques of fiction too, because I was not merely imparting information, as an article would, but I was playing around with ideas, and hoping for the impact of fiction.

In “The Exercise Machine,” you touch on the buying and selling of reality and “life.” Some people become enrapt in soap operas, some in online chat, others in their own fantasies. I love the ending with the “obscene” caller telling the narrator he loves her. She wants to believe it a little, even though she knows it can’t be true because he doesn’t know her. It’s a small fancy for her. Is that why people become enamored with fantasy reality: We know it isn’t true but find noncommittal indulgence and comfort in a little delusion?

“The Exercise Machine” was one of my very few attempts at writing an essay. It was non-fiction. Still, it didn’t clearly belong to any particular genre, and it fit well with the stories in The Body Parts Shop. I’m interested in portrayals of reality/reality/what people think are realistic portrayals of reality, etc, etc. “The Exercise Machine” was one of those explorations.

“The Apartment” is a story with serious emotional tug. Can you tell me about your inspiration for this piece?

My original inspiration for “The Apartment” was an elderly woman taking sick on the stairs of my tenement years ago, and my fantasizing about getting her larger apartment before it went on the market. If you’ve lived in New York City you’d know that all we think about and talk about and dream about is apartments. Later the story evolved into a more complex and bizarre fantasy — the old woman ends up not dying. The Theodora sections were from another story I was writing, and I added them later. Susan is the crass, ambitious New Yorker who reminds Kyle of himself, and who he is both attracted to and disgusted by. Kyle, who wasn’t capable of nurturing Theodora, ends up nurturing Mrs. Bonnard. He has evolved. It’s very rare that anyone evolves in any of my fiction.

Thanks, Jackie, for your thoughtful questions.